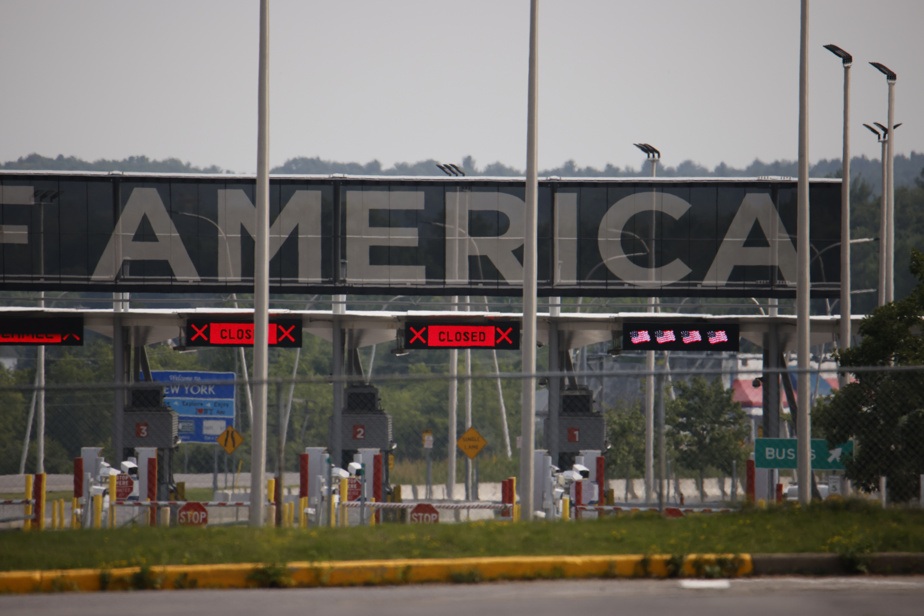 (Washington) The United States is preparing to reopen its land and air borders on Monday for travelers vaccinated against COVID-19, ending 20 months of particularly bad living sanctions in Europe or neighboring Mexico and Canada.


Separated families, disrupting business relationships, hindering professional aspirations: The Travel ban Imposed by Donald Trump in early 2020, and then confirmed by his successor Joe Biden, which has been widely criticized and has become a symbol of the uprisings caused by the pandemic.

In order to protect the countries most affected by COVID-19, Donald Trump quickly imposed travel restrictions on travel from China in February 2020. Then, on March 13, came the Schengen Europeans. Great Britain and Ireland followed a few days later, with most of the land borders with Mexico and Canada closed.

With all these countries, the density of human and economic exchange is enormous.

“It’s very difficult,” “I want to see my son,” said Alison Henry, 63, of Britain, who flew Monday to find her son in New York after 20 years, AFP. Said about the separation of the months.

In most families, both sides of the Atlantic, there is a lot of excitement before this family reunion. It has been possible to travel to Europe from the United States since last summer, but there is no guarantee that foreigners and holders of certain visas living in the United States will return home.

To cope with the influx of these demands, airlines have increased the number of Atlantic flights. They use larger aircraft because the lifting of these restrictions represents fresh air for the sector that is mired in the pandemic crisis.

Along the enormous Mexican border, many American cities in Texas or California have suffered financially due to this trade restriction. Eagerly awaiting whether it will return to normal.

More narratively, in the north of the continent, wealthy Canadian retirees can undertake their annual change in car on the delicacies of Florida and its climate during the first winter.

Its abolition affected more than thirty countries Travel ban. But admission is not completely free and US authorities are expected to closely monitor the vaccine status of travelers, while at the same time they continue to seek negative COVID-19 tests.

For passengers arriving by air, the United States requests that the airline set up a contact tracking system from Monday, along with proof of vaccination and testing within three days before departure.

For the overland route, the restrictions will be lifted in two stages.

From Monday, people arriving for unwanted reasons, for example family or tourism, will be able to cross the Canada or Mexico border if they are vaccinated. People who come with compelling reasons – for example truck drivers – will be an exception.

But from January, the vaccination obligation applies to all visitors who cross land borders, regardless of the reason for their entry.

U.S. health officials have also indicated that all vaccines approved by the World Health Organization (WHO) will be approved.

Currently, according to the emergency procedure put in place by the WHO, these are the Astrogenene, Johnson & Johnson, Modernna, Pfizer / Bioentech, Indian Kovacin, Sinoform and Sinovac vaccines. These two Chinese vaccines make it possible to cross the United States border.

U.S. officials have not yet commented on the rising number of COVID-19 cases in Europe.

The WHO is once again alerted to the “very alarming” transmission rate of COVID-19 in Europe, which could lead to an additional half a million deaths on the continent by February. This fourth “massive” wave hit specific Germany, with the Biden administration looking specifically at its relationship.

But Vivek Murthy, the chief medical officer of the United States, said on Sunday on the ABC channel that there was “careful optimism” about the current evolution of the pandemic in the United States.