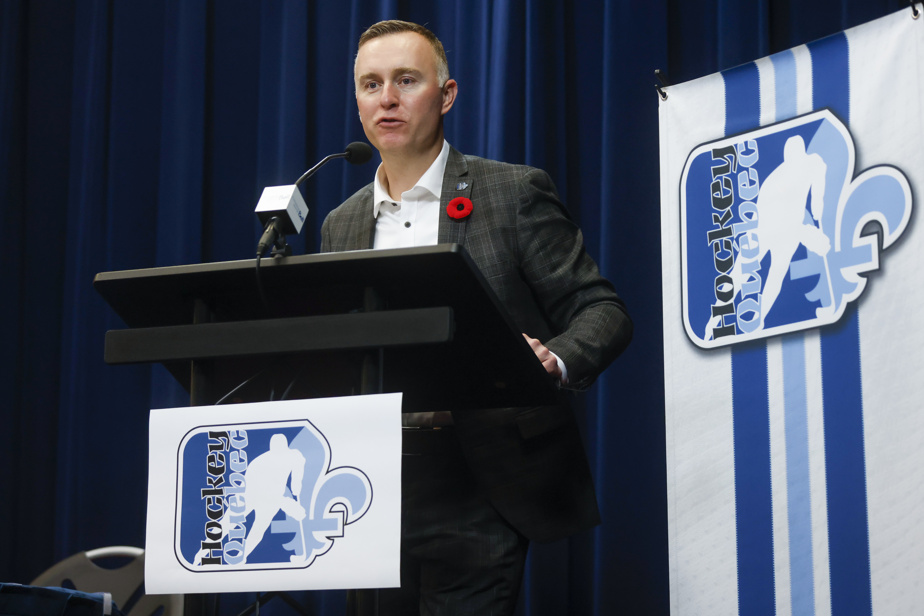 Jocelyn Thibault, the new general manager of Hockey Quebec, cut his work for him and knew him. Its main goal? Change in culture and tone in Quebec minor hockey.

Jocelyn Thibault officially took over as General Manager of Hockey Quebec on Monday morning. He has replaced Paul Maynard who has been there since 2016.

The former National League goaltender spoke to the media for the first time Monday afternoon at the Bell Complex in Brosard.

Quickly, he touched on the many challenges he faces in his new role. He can’t answer it all, but his priority is to “change the tone of minor hockey, change the mood”.

“We ‘ve seen this recently: we’ re losing players, players, referees. My mandate to the federation is to bring our young people back to the rinks, to bring entertainment back, to rethink the development of our players and bring hockey into the modern age. ? ”

I never want the referee to come and referee because he was told some nonsense or the coach quit his job because he received 14,000 nonsense emails. You need to change your tone today. You really have to watch sports with a different pair of glasses and bring back the entertainment.

The new CEO also emphasized the importance of climbing one step at a time. To take your time. To analyze, understand and measure the magnitude of the challenges. The work to be done is a “substantive” one.

“I will not change this on my own,” he warned. […] I’m not here to tell you we’ve got there on December 4th. It will be a lot of groundwork, which will take a few years. But if we do not say to ourselves one day: Well, that’s enough … it will continue. ”

Sherbrook, the former director general of Phoenix, brought a lot of experience with him, inspired by this new phase in his career. When his three daughters no longer live at home, he is ready to tackle this challenge.

“It’s a great honor for me to be here,” he said. This is a great day for me and my family, obviously. Participating in this expedition to run and run hockey in Quebec is a big commitment for me. ”

The number of minor hockey registrations in Quebec is known to be declining year by year. Jocelyn Thibault, with her new team, wants to devise strategies to revive interest in hockey among young people and families. When asked if he would prioritize the size or quality of the players, he argued that the new GM “does not block one another”.

“I want more players, I want better players,” he said. […] We need it [le nombre d’inscriptions] Increases. By the same token, we want to keep more players on national and professional teams. One goes without the other. ”

“This is the great paradox of the sport: if you put too much emphasis on the goal, you forget the process. For me, the process is very important. If we have a good process, if we develop our youngsters properly, we will have more players because it will be more interesting. We have a good chance to bring in teams. ”

The 46-year-old wants to meet the current needs of families and bring back the joy of playing among young people and continue their development in hockey.

“I do not want a player who breaks away from AAA PV at the age of 11 or 12 and thinks his life is over. It is a late developed sport. Crescendo was as expected. ”

He also suggested that the province want to better prepare minor hockey associations that communicate directly with parents.

In December 2020, Radio-Canada research highlighted the toxic working environment at the Sports Federation offices in Anjou Borough, Montreal. It also reported that many employees left in a short time. The mediation process with the Ministry of Labor has been in place ever since.

Jocelyn Thibault said she met her new employees when she took office Monday morning. He praised their dynamism and their readiness to spin the wheel to bring about change in minor hockey.

“I hope Hockey is proud to work for Quebec,” he said. I am proud to be involved with the Federation and to have an impact and influence in our National Sports Federation. I hope they find that flame again. ”

READ  Tennis: Novak Djokovic loses to Karatsev (7-5, 4-6, 6-4) in the semi-finals of the Belgrade Tournament

“The other factor is promoting their expertise,” he continued. I am a bit of a leader for this company, but we have good staff and I want employees to be involved, valued and part of the discussion. ”

Ultimately, the goal of the new GM is to bring the hockey community together so that the federation is “a benchmark in the world”.

“I want us to be proud of our hockey here. Above all, ”he concluded.