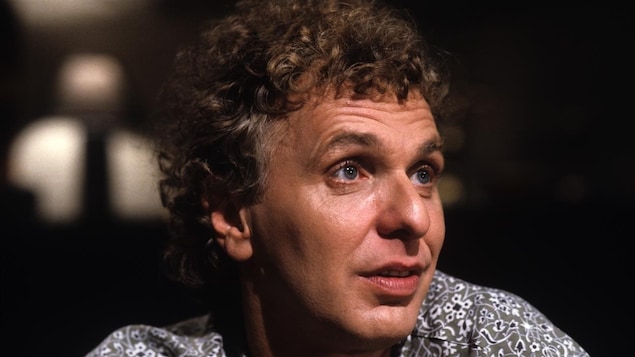 From the beginning, the co-directors claim that the documentary was made with the consent of all participants, including Serge Theriolt. From the famous commentator of the Moman, Short life, And Ding, from the comedy couple Ding and Dong, however, did not want to be filmed.

Initially, filmmakers, like many people, questioned themselves as to why this actor was so important in television and Quebec movies in recent decades.

After finding his address, they came to his residence to try to talk to him. Instead, they met his wife Anna, who told them that he had gone out for many years and refused to see people.

So they decided to build a film that tells the story of these guardians who are dedicated to helping a person in a lot of trouble. That way we find Anna, Serge’s wife, their teenage daughter and the couple living below, all of whom try to help the actor out of the darkness.

We wanted to show the beauty and kindness of these sincere people, which is important to us, Martin Fournier explained in an interview.

In fact the big question of this documentary is: how to help a person who is suffering, but who does not want to get help?

The documentary will be screened in Quebec on November 19.

The future During RIDM startup

RIDM begins Wednesday with a screening of The future, An Italian documentary that provides a microphone for young people who want to capture the spirit of times plagued by the pandemic, with a dark future. The film is preceded by a Quebec short film, Neighborhood in my backyard, Interested in the controversial fence that separates the affluent town of Mont-Royal from the famous Park-Extension District in Montreal.

Several screening sessions in the presence of the filmmakers are scheduled on the festival agenda, which runs until November 21st.

This is especially true Outside Serge OutsideMartin Fournier and Pierre-Luke Latulip will attend the screening on November 13.

Russian documentary maker Vitaly Mansky will also take part in the festival in Montreal, which will showcase a rethink with his seven films. The filmmaker attends some shows and chats with the audience and he also gives a master class.

Other documentaries screened at RIDM: There is a gig, By Shannon Walsh, on the cooperative economy; Alone, By Paul Tom, on three persons who fled to Canada without their parents when they were minors; And One of us, By Yasmin Mathurin, a man of interest to a young man of Haitian origin, whose domestic status transferred by his adoptive father has been revoked.

In the case of French director Amandine Gue, she is back in the current U.S.He has no story of his own, Which examines the issue of international adoption, four years after winning the Audience Award at RIDM Open voice.

In addition to indoor activities, RIDM broadcasts a number of movies and events online on its website from November 14 to 25. (New window).

With information from Nabi-Alexander Charter