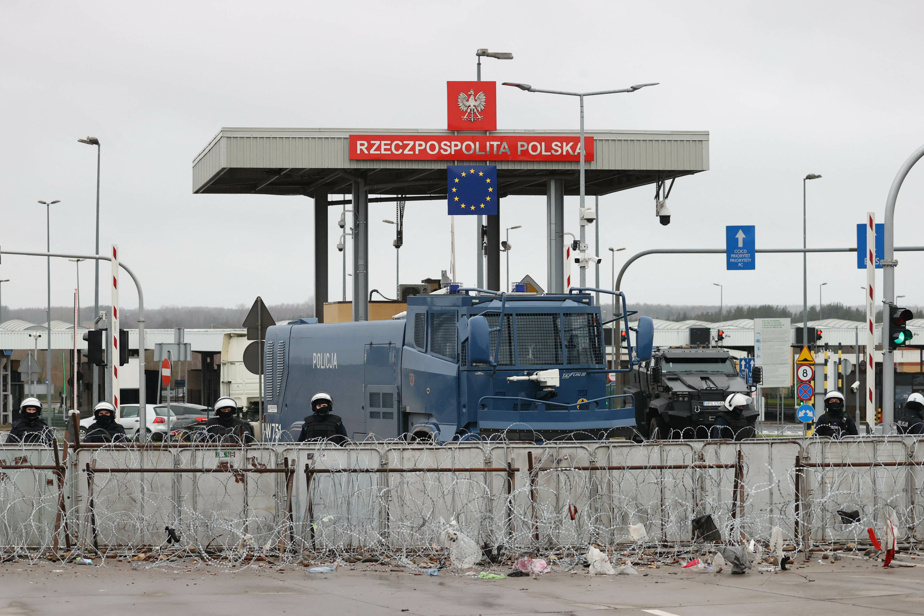 
“We need to be prepared for the fact that this problem will continue for months,” Polish Minister Mariusz Blaszczyk told commercial radio station RMF FM.

“Now immigrants and Belarusian services have adopted a slightly different approach … small groups of people are trying to cross the border in many places,” he said.

It was joined by a group of about 200 people, armed with stones and tear gas, and directed “no doubt through Belarusian services”, according to the minister.

The West has accused Belarus of artificially creating a crisis by bringing in potential migrants – mainly from the Middle East – and promising them easy access to the EU. Belarus has denied the allegations, blaming the EU for not welcoming immigrants.

Belarusian President Alexander Lukashenko told the BBC on Friday that it was “absolutely possible” for his forces to help people enter the EU, but condemned the operation.

We are Slavs. We have a heart. Our troops knew that the immigrants were going to Germany … someone might have helped them. But I did not invite them here.

Immigrants – mostly Iraqi Kurds – left everything at home, spent thousands of dollars on tourist visas to travel to Belarus, and decided to reach the EU.

The Council of Europe’s Human Rights Commissioner Dunza Mizatovic on Friday demanded an end to the controversial return of immigrants from Poland to Belarus.

“I have personally heard the horrific stories of desperate people who spent weeks, even months, in miserable and extreme conditions, in the cold and humidity of the forests because of these pushkars,” she said. In a press release.

According to Polish media, at least 11 migrants have died since the crisis began this summer. Poland conducted the first burial of one of the immigrants last week – a Syrian youth who drowned in the border river Bug‌ – and two more are scheduled for burial this weekend.

READ  Quebec raises its voice in the wake of OIF spending