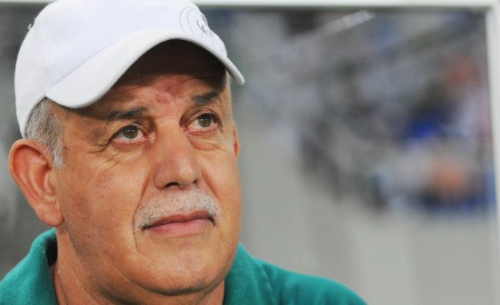 In an interview with the Ennahar TV channel, the former national coach, Rabah Sadane, mentioned about the national team and the next qualifying play-off for the 2022 World Cup.

After recently qualifying for the play-offs, which will be the final round of qualifiers for the 2022 World Cup, the Greens will face either Egypt, or Cameroon, or Ghana, or Mali or the Democratic Republic in March. Congo to get their tickets for Qatar. Rabah Sadane, who was interviewed on the subject, gave his views on the deadline, which should include Djamel Belmadi players.

“Our team is a little saddened by the lack of experience in the mental management of the High Stakes Games. “

“Chik” Rabah Sadane started by pointing out that the national team made mistakes in his last match and that he hoped they would learn from them: ” I hope our team learns a lot from the mistakes in the match against Burkina Faso.. ⁇

Subsequently, he stated, the main advantage that Phoenix would gain during the next jump-off was: ” It is clear that all the teams will do their best in the play-offs, but it will be to our advantage to receive the opponent at home in the second leg. “

He also commented on the mental management of the national team’s important matches, which he did not consider appropriate: ” However, I have noticed that our team suffers a bit, especially due to the lack of experience in managing the high stakes games at home. This is a review of the Psychological Register only, because we have a strong team on the subject of techniotactics. “

“If I have to name the options we want to avoid, it’s Mali and Egypt. “

As for Phoenix’s potential rivals in the next jump-off, Rabah Sadane thought they would all provide quality opposition to the Belmadi Falls: ” As for our potential rivals for the play-offs, none of them can be easily tackled. However, we are currently part of the best African selections with Senegal, Morocco and Tunisia. We should also be happy that we did not fall with the top five teams in Africa according to the FIFA rankings. “

When asked to name potential opponents he fears, the former national coach said: ” If I have to name the options I want to escape, it’s Mali and Egypt. “