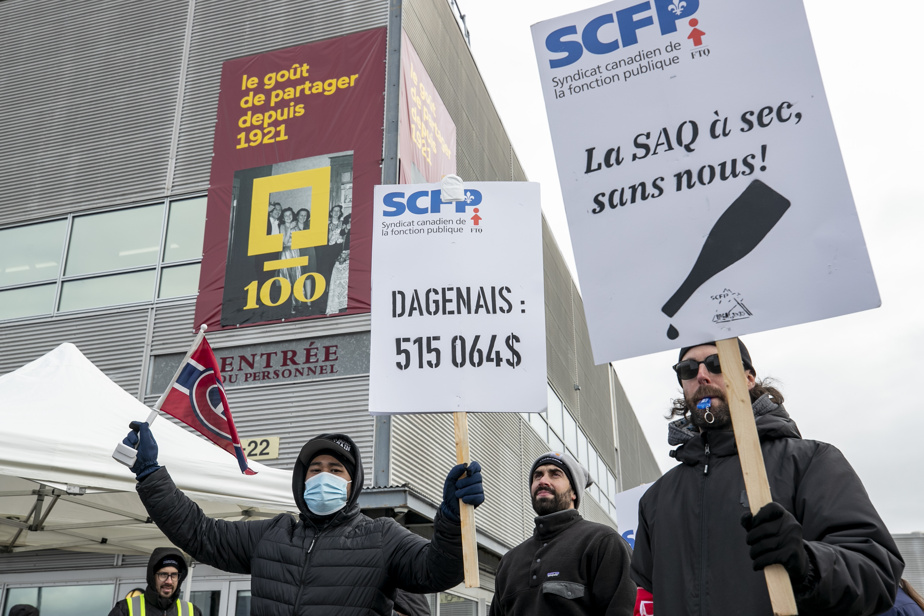 The union representing the 800 employees of the (Montreal) Society des Alcoles warehouse, as well as those assigned to supply the branches, called for an indefinite strike at 5 a.m. Monday.

A local member of the Canadian Union of Public Employees (CUPE), which is affiliated with FTQ, explained on Sunday that the decision was based on the latest developments in discussions with SQ management.

“Right now, it’s an unrestricted strike. However, he said he was in talks with the management and would hold talks on Tuesday. And on Tuesday I heard the boss tell me he would come with substantial offers. We will see, “said Michelle Gratton, CUPE union adviser on the issue.

The warehouse workers’ union went on a one-day walkout on November 16.

One day the supply chain to the branches was cut off due to the effect of the walkout, which was open because the workers were members of another union.

On November 16, SAQ management explained that they had to adapt to the conditions as best they could to “minimize the impact of the strike” on their operations and customers.

SAQ Management also explained that deliveries scheduled for that day were canceled and there was a risk of postponement for the rest of the week.

Probably not for long

Despite announcing the strike indefinitely, a meeting of negotiators with the SAQ ownership will take place on Tuesday. And, Gratton said, it could end its strike immediately if it received the desired commitment from union management.

The union adviser explained that the strike was called off following a decision by the SACQ management to do business with staff and other warehouses.

Mr Gratton explained that since workers are not on strike, SAQ management can do things in parallel with what its own employees do.

The union therefore decided to call a strike, which would be a consequence of the employer banning such practice, as it would resort to workers who would be replaced during the strike.

“They are forcing us to strike, because if I do not strike, they have the right to evacuate people or to unload the pallets of containers and bottles and at the same time do the work of my workers. But if I am on strike, they will officially become scabs,” Gratton explained.

The Labor Code prohibits the use of replacement workers, commonly known as scabs, during a strike.

In the context of these discussions, many issues such as wages, health and job security, the uncertainty of many employees, overtime and group insurance were controversial, Mr Graton stressed.