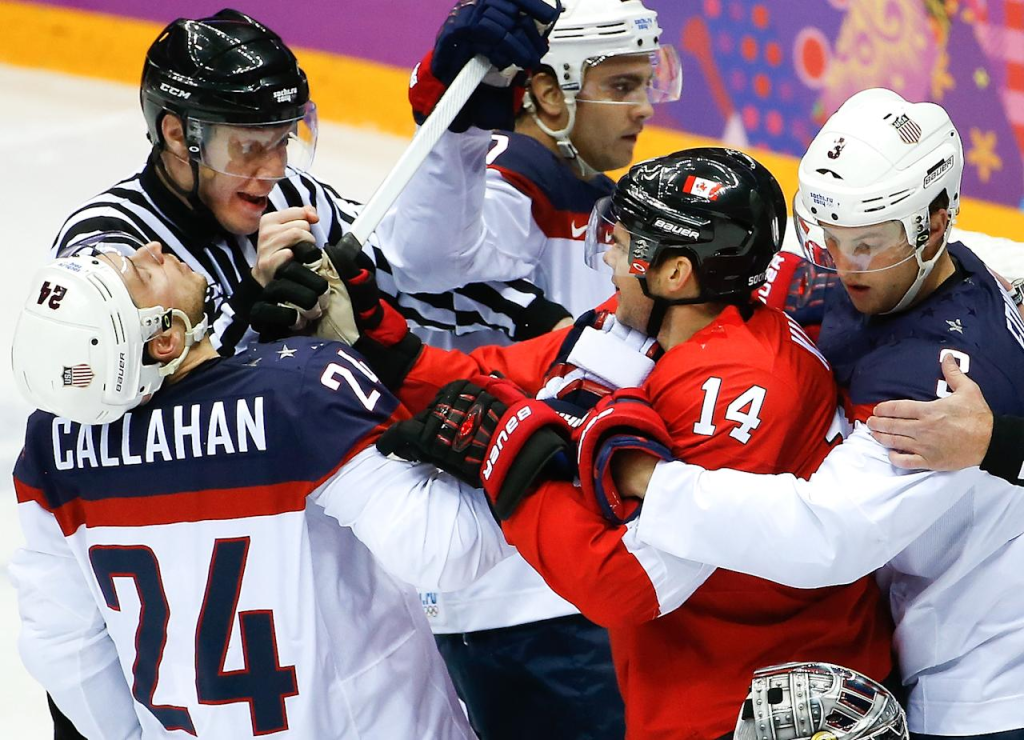 If you’re talking about ice rinks packed to the brim with big names, featuring the most talented hockey players, then it doesn’t get much bigger than USA Vs Canada. The biggest of big names all playing regularly on one of the biggest stages in Hockey, every night in the NHL. But the burning question is, who is the better team? Who wins when these two juggernauts of international hockey clash on the ice? That’s what we’re here to discuss today, starting with a look at the players available for each squad selection. It’s impossible to know who wins without knowing who is available, right?

Regardless of who wins, one thing is always certain. Fireworks. Entertaining matches all around when the US plays Canada. Source: Yahoo

The last time these two teams played each other was in the IIHF World Championship in June where Canada came out winners, beating the USA in the semi final 4-2, moving on to win the tournament with a 3-2 win over Finland. Now that’s all well and good, but how do the teams line up? Well, starting with the USA we’ll take a look at the likely rosters and available players for each country.

So! Now we know who plays for who (at the time of writing), we can start to delve into the question, who wins when these hockey giants clash? If you’re going to a legal sportsbooks to bet on this game, where is the most sensible place to put your money? We’ll be looking at past games and projections to figure out where the data points us for this one.

One interesting thing for me is that, when you look at some of the incredible talent on display in the NHL and then look at those rosters above, there are so many big names missing. Whether they’ll be missing for the Winter Olympics remains to be seen, but when you have players like Auston Matthews not there for the USA or Connor McDavid for Canada, it kinda makes you wonder really. Then again, outside of Euros or World Cups the national teams for the Olympics when it comes to football are never full strength teams. So maybe it makes sense?

Anyway enough about that, put the teams I’ve listed above on the ice together. Have the coaches select his favoured lines and run his preferred systems. Who wins? Well, given these teams played each other back in June, the answer is simple. As we saw Canada wins, 4-2 and as previously mentioned, they took the championship back home to Canada. So, you know, the proof is in the pudding really. But, will that be the case as we move forward into the Winter Olympics? Let’s look into it a little more! 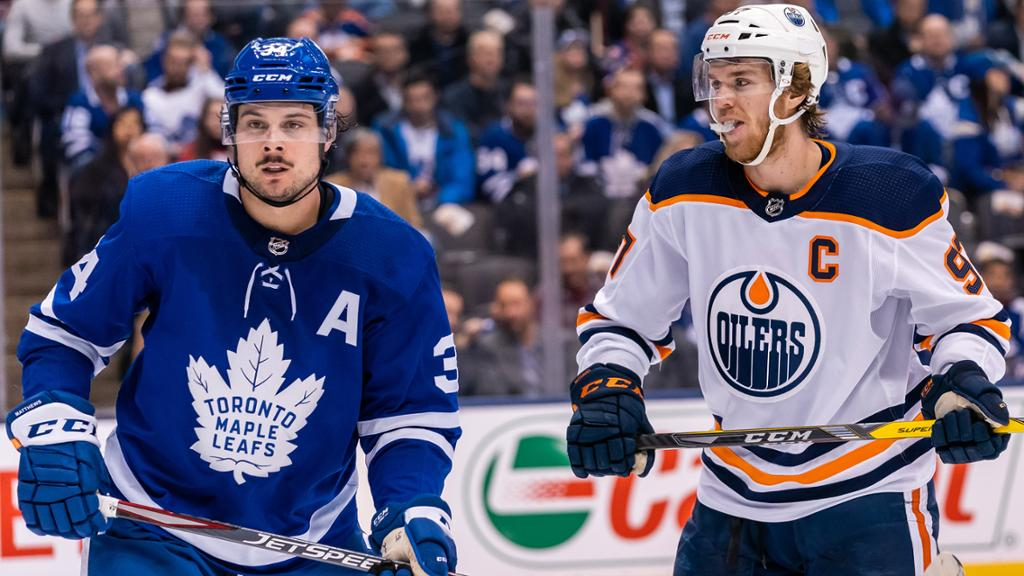 Will Connor McDavid and Auston Matthews play in the 2022 Winter Olympics? Source: TheScore

It seems increasingly likely now that some of the biggest names from the NHL will be featured, like those two I mentioned above and many more! So, what if we take two full strength teams? Featuring all the biggest talent you could pick from the NHL, think about your dream teams. Put whoever you want in those lineups. First of all, providing league play and brackets line up right, I feel like it’s safe to say these two teams AT LEAST make the semi finals. If they’re in opposing halves of the brackets, I dare say it’ll be a USA Vs Canada final. But WHO WINS?

The talent pool is much deeper for team USA and I feel like, providing everybody is fit and you’re getting your pick of the litter, you kind of have to go with team USA to take the gold right? That isn’t to say that team Canada isn’t absolutely STACKED. Sparks will fly, tensions will rise and it’ll be a close game, but I genuinely believe that at the end of it all, USA takes gold, Canada takes Silver. As a British Maple Leafs fan, I’ll be rooting for all of the guys but good hockey is all we want! But truth be told? I feel like the real winners here are the neutral viewers. That’ll be an amazing game!

READ  Chris Weidman vs. Urea Hall will return for UFC 258 on February 13

That’s going to do it for this one, do you agree with what we’ve said here? Are there any players you would like to see get some time on either the US OR the Canadian mens hockey teams? Are you excited for the winter olympics 2022 or are you looking forward to the IIHF World Junior Hockey Championship? Either way, getting to see the biggest names performing for gold is always an incredible experience! Take care everybody!