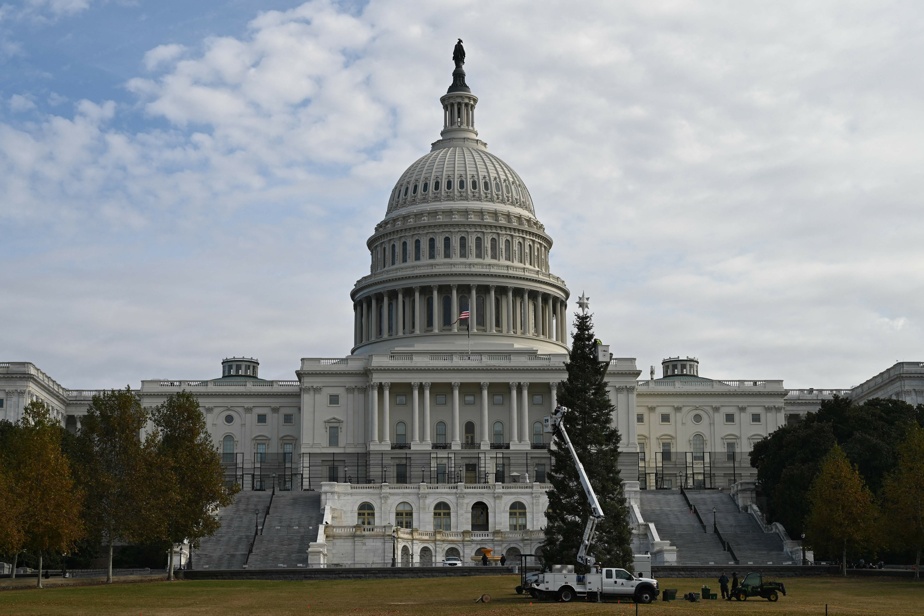 (Stockholm) According to a landmark report on world democracy released on Monday, Trump’s downgrade in the second half of his presidency puts the United States first on the list of “regressive democracies.”

Worldwide, one-fourth of the world’s population now lives in a shrinking democracy and nearly 70% are adding authoritarian or “hybrid” regimes, a trend of democratic decline that has continued unabated since 2016, according to the Intergovernmental Organization’s annual report. International IDEA based in Stockholm.

Updated every year, its declining list of democracies already includes India, Brazil, the Philippines as well as two EU countries – Poland and Hungary. A third European country, Slovenia, was also added this year.

The international IDEA has specifically called the November 2020 presidential election a “historic turn” by Donald Trump and the “decline of congressional hearings on presidential action between 2018 and 2020”.

“We ranked the United States ‘declining’ for the first time this year, but that indicates that the episode of our data decline is at least beginning in 2019,” Hudson said.

Covering half a century of democratic indicators and following most countries in the world (approximately 160), the International IDEA classifies them into three categories: democracy (including “declining democracy”), “hybrid” regimes and authoritarian regimes.

“The apparent decline of democracy in the United States, as well as the growing tendency to challenge credible election results, have been demonstrated by attempts to suppress the voting percentage and the dominant polarization. […] Is one of the most alarming developments in democracy globally, “said Kevin Casas-Zamora, secretary general of the International IDEA.

Now with seven countries, the number of countries whose democracy is declining has almost doubled in almost a decade.

Two countries on the list last year (Ukraine and North Macedonia) left as the situation improved. Two others, Mali and Serbia, were excluded because the two countries were no longer considered democracies.

The company’s data began in the 1970s and is an unprecedented situation since it continued into 2021.

Zambia, now classified as a democracy, is the only country that has changed the category positively this year.

By 2021, the International IDEA’s provisional score identifies 98 democracies – the lowest in many years – with 20 “hybrid” regimes, including Russia, Morocco or Turkey, and 47 regimes, including China, Saudi Arabia, Ethiopia and Iran.

By adding regressive democracies and hybrid and authoritarian regimes, “we have reached 70% of the world’s population. That fact must be taken into account. ”

The International IDEA has also confirmed its results since last year, with more than six in ten countries taking problematic steps to respect human rights or democratic norms in the wake of the COVID-19 because they are “illegal, unequal, timeless. Limit or useless”.

More than nine out of ten dictatorships are concerned, but more than 40% are democracies.

“The pandemic has clearly accelerated some negative trends, especially in countries where democracy and the rule of law have suffered before,” Mr Casas-Zamora said.