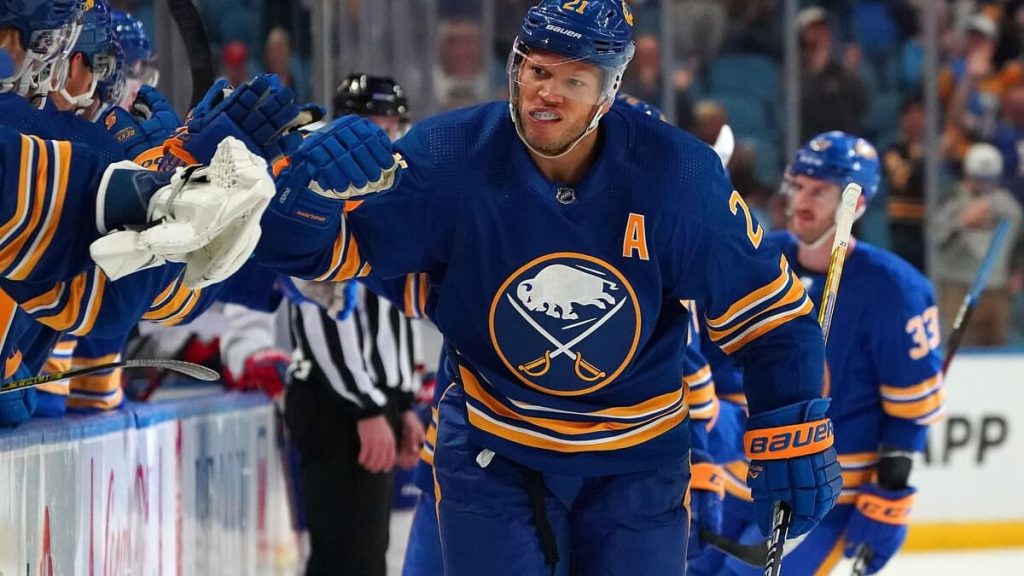 Clich that hockey is a turnaround sport and the winning team is at least committed. With evidence, Sabers proved the theory true by beating the Montreal Canadians 4-1 in Buffalo on Friday.

Even after the turnover, the spectators’ favorites scored each of their first three goals.

After a persistent forward failure, Jeff Skinner mistakenly pushed Arthuri Lehkonen to catch Puck in the CH zone. He then handed the puck to Victor Olofsson, who immediately handed it to Tage Thompson, who opened up to the enemy four minutes after the opening confrontation.

In the second period, Cody Ekin steals a puck from Jeff Petrie in the Sabers Zone and commits a three-on-two attack. Ekin paired his efforts with Vinnie Hinostroza and was the first person to eventually complete the series.

Then, just six minutes later, after a poor throw from the Jonathan Droin to Nick Suzuki in the Powerplay for visitors, Ekin returned to charge with a puck in his own zone. This time, Ekin handed the black object to Kyle Okposo, who had to make a second attempt to defeat goaltender Samuel Montembelt.

Thompson scored another goal, his second goal of the game against the Canadian goalkeeper, blocking 35 of his 39 shots.

Dominic Ducharm’s men have a golden opportunity to get out of the sinking hole as they face a struggling opponent. In fact, the Sabers lost their previous four duels.

However, the opposite situation took place. The Sabers took advantage of the Canadians to clear their gray skies. The hosts also dominated the shots 39-26.

Josh Anderson was the only one to beat Dustin Tokarsky, who made 25 saves in the first period.

The Canadian will soon forget this poor performance, as he will be in Pittsburgh on Saturday to face the penguins there.