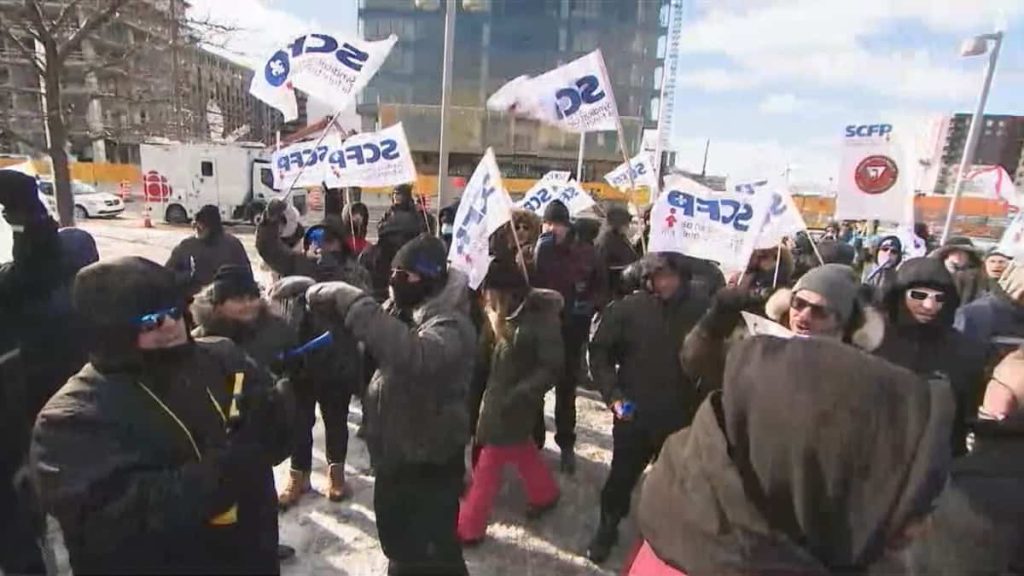 No bus of the Society de Transport de Laval goes on the streets of the city today as hundreds of organized drivers are performing.

The demonstrators left Terminus Montmorency for dinner and headed to Terminus Le Carrefour.

Negotiations of the collective agreement, however, have caused much tension between the drivers’ union and the STL.

“When we make such a strike movement, it is clear that the weather is not very good,” STL general manager Guy Picard confirmed.

“Right now, the employer is telling us that we’m taking the population hostage, but for now, we want to negotiate,” explained Patrick Laughlor, president of the STL Drivers’ Union. They were advised to hold talks on Thursday and Friday this week to avoid the strike.

“The STL was forced to strike,” Mr Laughlor said.

“It simply came to our notice then. We made an offer to them on Thursday morning. We waited nine hours for them to come back to us and finally we were told that we were going to talk about it again on Monday evening, ”the general manager explained.

He said the union had subsequently contacted management to hold talks, but as a meeting was already scheduled for Monday, we were looking forward to meeting with the compromiser by that date.

Above all, the union condemned the misuse of the company’s budgets.

Last year, 25 drivers were fired due to Kovid, while the appointment of 80 non-union executives was questioned.

However, Guy Picard believes that employers are working hard to reach an agreement.

“There is no bad faith in this, maybe a certain misunderstanding,” he said.

“The union has made many agreements in terms of salary progress without realizing the extent of the financial abyss we are in,” Mr Picard explained.

The general manager certifies that the STL is in the “artificial respirator”, which is due to the fact that the ridership percentage is 65%.

He stressed that although the work of the drivers was demanding, they were already getting a good salary.

He reiterated his intention to continue working with the union to reach an agreement that would satisfy both parties.

STL bus drivers have been without a contract for almost two and a half years.