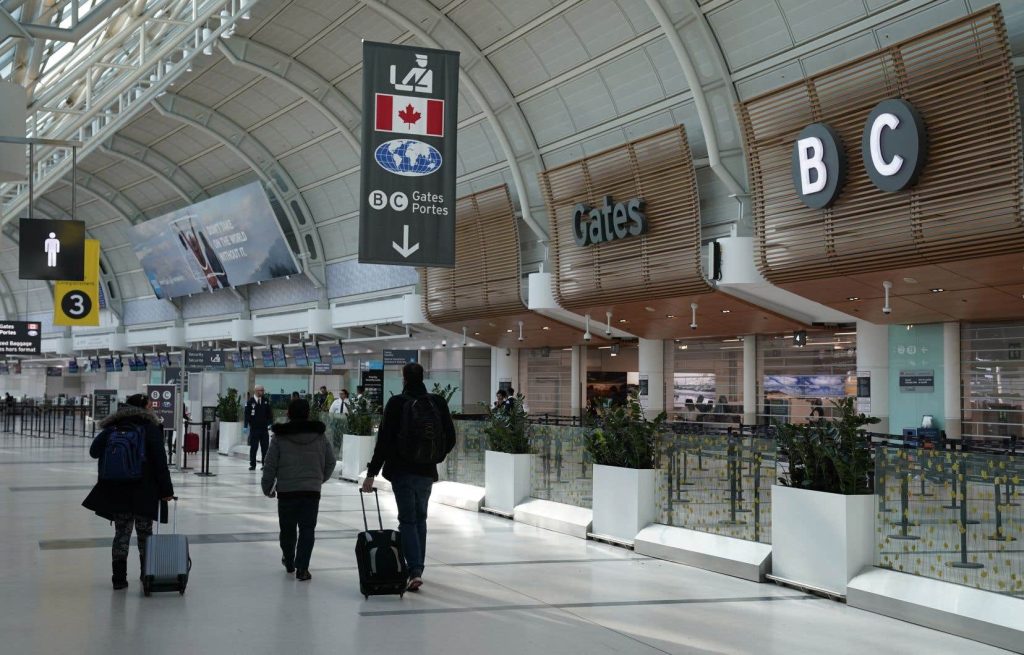 The Omicron variant, described as “worrying” by the World Health Organization (WHO), has been found in Canada. Two first cases have been identified in Ontario, which will soon be found in Quebec, according to an expert.

Ontario Health Minister Christine Elliott said Sunday that the two were in the Ottawa area and were returning from a visit to Nigeria. Version B.1.1.529 was first found in South Africa and it prompted the Canadian government to close the borders to foreign nationals residing in seven countries in South Africa. Nigeria in West Africa is not on this list.

Ms Elliott and Dr Kieran Moore, Ontario’s Chief Medical Officer of Health, said in a statement that Ottawa was managing the public health case and contact management and keeping patients in isolation.

“So far it has not changed much. We can be sure that we will see them in Quebec as well and there is no need to fear for a moment longer than that,” said Nathalie Grandwax, a respiratory virus specialist and director of the Research Laboratory on the host’s response. , We know we are two weeks late because it takes two weeks to get results ”.

Cases have doubled, especially in Europe. Cases have been reported not only in the Netherlands, the Czech Republic, Italy, Denmark, Germany, Belgium and the United Kingdom, but also in Israel and Australia.

According to the WHO, the infection and severity of the disease, and vaccines, tests and treatments can take several weeks to determine the changes caused by Omicron in terms of its implications. However, it could be a lot more broadcast.

“We must continue to apply public health measures,” Nathalie Grand‌wax believes, emphasizing the importance of wearing a mask to limit transmission, ideally procedural or more. “It simply came to our notice then. These are probably the places where we are most at risk of transmission. Should we review these public health standards? For now, I say no, ”she analyzes.

The Ontario government says it is ready to respond to the arrival of a new variant. “Our hospital and intensive care capacity is stable and the province continues to report one of the lowest rates of active cases in the country,” Ms. Elliott and Dr. Moore said.

However, the two urged the federal government to take the necessary steps to better protect themselves against the spread of this new variant, making point-of-arrival screening mandatory for all passengers, regardless of their origin.

For his part, Federal Minister of Health Jean-Yves Duclos said he was informed of the situation through the Canadian Public Health Agency. According to him, the rapid detection of these two cases demonstrated the effectiveness of the surveillance system in the country.

Mr. Duclos sought to reassure the population by declaring that “the vaccine, which includes public health and personal protective measures, is effective in reducing the transmission of COVID – 19 and its variation in communities.”

However, he warned that more cases of the Omicron variant would be expected in Canada.

Studies around Omicron are ongoing and Angelique Coetzee, president of the South African Medical Association and who has treated thirty Kovid patients contaminated with the new variant, said on Sunday he had found a way to recover without being admitted to hospital.

“I’m not saying there are no serious cases, but there are currently milder symptoms in patients who have not been vaccinated,” she told the agency France-Presse (AFP).

With the Canadian Press and the agency France-Press