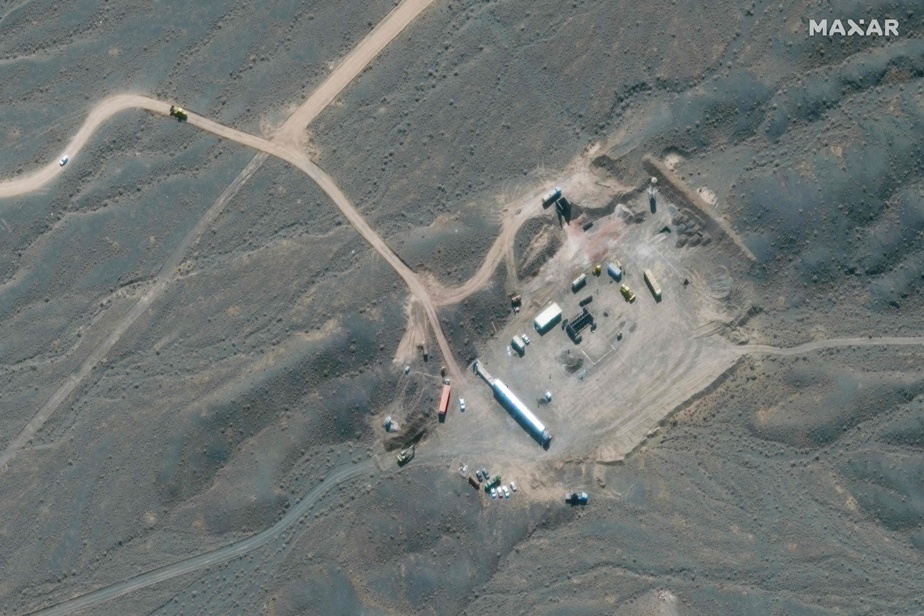 (Tehran) The bomber struck shortly after noon in front of an Iranian air defense checkpoint in the Natanz region of central Iran, about 20 kilometers from the Chahid Ahmadi-Rochan nuclear complex, a local military and media official said.


“An hour ago, one of the region’s missile systems was tested to assess ground readiness and there was no need to panic,” the spokesman said.

“The defensive missile was launched to test the rapid reaction to a possible attack,” the television site Iribnews reported.

According to the official Irna news agency, an explosion was heard in the sky over the town of Badroud, about 20 kilometers from the nuclear power plant.

“Badroud residents heard a noise and saw light coming from an object that had just exploded in the city sky,” a witness told the agency.

The military test comes in the wake of the resumption of talks in Vienna on Monday after months of stalled talks over the 2015 Iran nuclear deal.

Following the withdrawal of the United States from the agreement in 2018 under the presidency of Donald Trump, negotiations between Iran and the major powers (Germany, France, the United Kingdom, Russia and China) are still ongoing.

The agreement allows Tehran to lift some of the sanctions that are suffocating its economy instead of drastically reducing its nuclear program, which has been tightly controlled by the UN.

The United States, which is only indirectly involved in the talks, on Saturday accused Iran of obstructing talks while developing its nuclear program and warned that it could not “accept” this stance.

On April 11, the Iranian Atomic Energy Organization (OIEA) reported a “risk” of “power failure” at a uranium enrichment plant in Natanz, the country’s nuclear program center, alleging that Israel was behind it.

New cascades of centrifuges banned by the Vienna Convention were put into service at the factory the day before.

Israel, Tehran’s enemy, has repeatedly stated that it is ready to use any means, including force, to prevent Iran from acquiring nuclear capability, and that Iran has conducted periodic drills to improve defenses around its nuclear facilities.