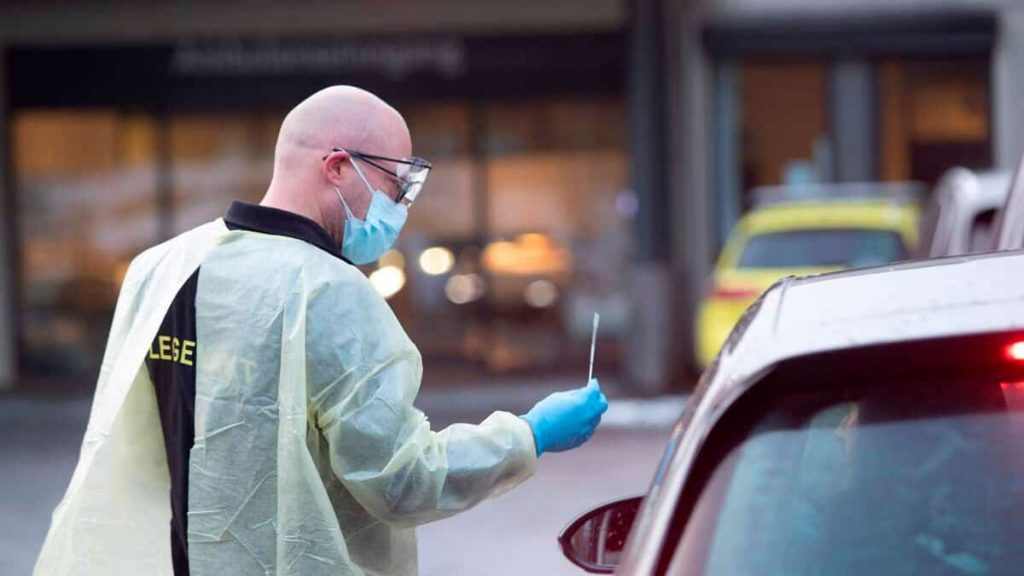 No alcohol in bars or restaurants, speeding up vaccination, normalizing teleworking … Norway on Monday unveiled new health measures in the wake of the COVID following the publication of horrific predictions.

The Norwegian Institute of Public Health (FHI) warns that without any action – including those already in place – the Scandinavian country of 5.4 million could receive 90,000 to 300,000 new Kovid cases per day and 50 to 200 daily hospitalizations in three weeks. In the morning.

The high hypothesis of this series is that the number of people officially infected with the virus in Norway since the beginning of the epidemic has more or less reached 317,870 on Monday, of which 1,136 died.

He emphasized that the continued spread of the Delta variant and the emergence of the new Omicron variant could lead to a more complete “congestion of the health system”.

Within days of the week the health measures were tightened, the government tightened the screw again.

Alcohol consumption is prohibited in bars and restaurants, although it is possible to do so until midnight.

It marks the end of the traditionally watered parties held by the owners before Christmas. One of these “zoolboards” became the focus of the Omicron variant in Oslo in late November.

Like other measures, the ban will take effect overnight from Tuesday to Wednesday and will last for four weeks until further notice.

Teleworking becomes mandatory whenever possible, extending the obligation to wear a mask and restricting access to public swimming pools and sports halls to a specific population. It is also recommended to cancel sports meetings.

READ  "No sign of infection" after a 5,000-person test concert in Barcelona

Vaccination can also be accelerated by reducing the interval between the second and third injection to 4.5 months for those over 45 and health workers. All individuals in these categories should be provided with a reminder by mid-January.

Norway has been facing contamination and hospitalization records for several days.

According to the FHI, as of Monday, 958 cases of the Omicron variant had been detected in the country, compared to 472 in Oslo.