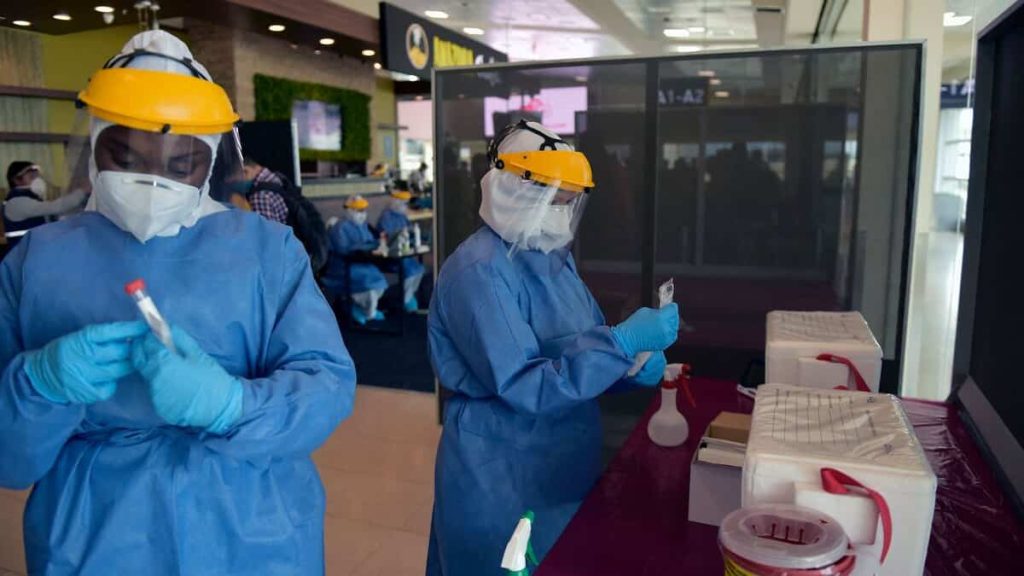 The COVID-19 pandemic appeared this week around the world, especially in South Africa with the epidemic Omicron variant: here are the weekly highlights taken from the AFP database.

This week, however, the consequences could be distorted by catching data in many countries.

An important indicator is that the number of diagnosed cases reflects only a fraction of the actual number of infections and comparisons between countries should be taken into account as testing procedures vary from one country to another.

With 632,900 pollutants recorded daily worldwide, the index rises for the ninth week in a row (+2% compared to the previous week), according to an AFP report that stopped on Thursday.

This week, as before, new pollutants exploded mainly in Africa (+ 57%).

Eswati (+ 119%, 1,100 new daily cases compared to the previous week) is the country with the largest acceleration during the week among those with at least 1,000 daily infections. Formerly known as Swaziland, this country is located in South Africa and is battling a new omikron variant.

In terms of population, excluding micro-states, the country with the highest number of new cases this week is ahead of Denmark (925 per 100,000 inhabitants), the Czech Republic (750) and Switzerland (735).