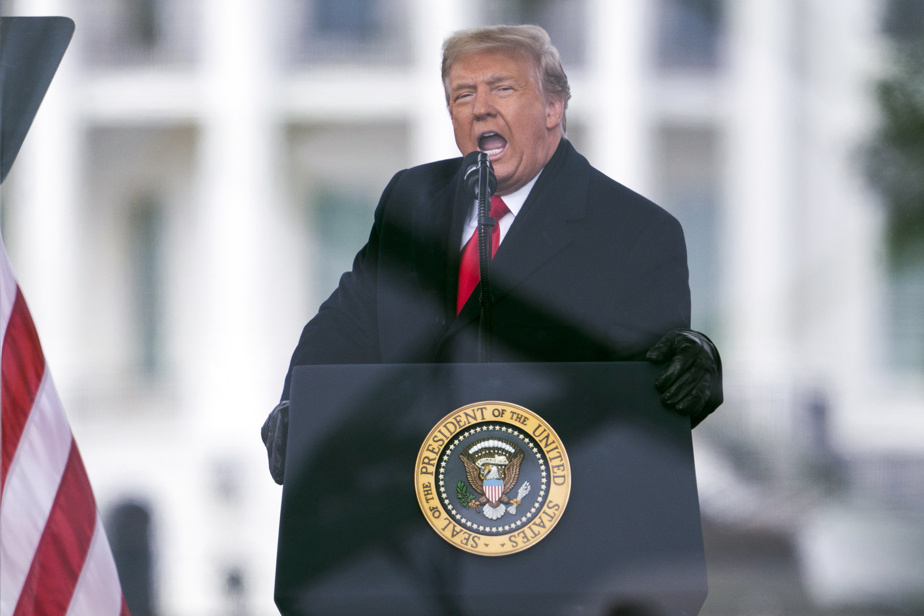 (Washington) Former US President Donald Trump announced on Tuesday that he would hold a press conference on January 6, the first anniversary of the attack on Capitol Hill by his supporters.


In a statement, the Republican billionaire said he would discuss the November 2020 presidential election from Mar-e-Lago in Florida, repeating that it had been stolen from him – baseless.

Attack on the Commission of Inquiry

The former president criticized the parliamentary commission responsible for investigating the attack, which shocked the United States and the world, as “extremely biased”.

Instead, he said, it should investigate “the fraudulent election of the 2020 presidential election.”

“I’m going to hold a press conference in Mar-a-Lago on January 6 to discuss all of this and other issues,” Trump said.

In the meantime remember that the coup took place on November 3, the day of the presidential election.

In recent months, Donald Trump, who lost the 2020 election by more than seven million votes to Democrat Joe Biden, has hinted that he could run again in 2024.

The parliamentary committee he condemned seeks to shed light on the events of January 6, 2021, when thousands of Donald Trump supporters stormed a United States congressional seat to prevent elected officials from confirming Joe Biden’s victory in the presidential election.

The former real estate tycoon is trying his best to prevent the commission from approaching and obtaining indictments against him. It multiplies the legal solutions for the moment of failure.

READ  The young pro-Trump joined the Republican hierarchy in Congress