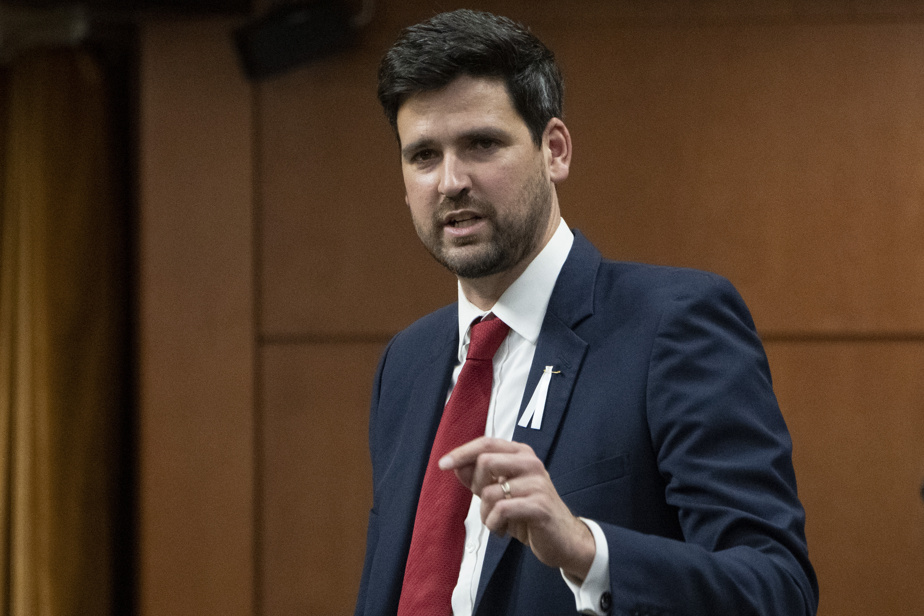 (Ottawa) The federal immigration minister said some temporary measures that helped the government reach its goals this year could be here for the better even after the epidemic.

During this epidemic, as it became increasingly difficult to bring people from abroad to Canada, the government turned to people already in the country to reach its immigration goals.

In a year-long interview with the Canadian Press, Immigration Minister Sean Fraser said measures were specifically designed to address issues related to the pandemic, but they would be useful once the pandemic has passed.

He cited the “Guardian Angels” program as an example, which granted permanent residency to refugees working in the health sector – especially in CHSLDs in Quebec.

In his directive, the Prime Minister asked Mr. Fraser to continue this policy. “During this epidemic, we have learned some things that can be applied in the future,” the minister said.

While the arrival of new immigrants to Canada is a major pillar of the government’s plan to address the country’s labor shortage, Minister Fraser said another economic argument for retaining temporary residents was equally strong.

When the temporary visa expires, employers must find new candidates for training and replace the position the person has just left, he explained. “People who are already here and have become permanent residents are preventing the problem from getting worse.”

Fraser said the results of programs that affect employment are generally positive, but the government still needs to study this before committing to any particular course.

The minister said the government would not abandon traditional immigration streams once the pandemic improves and resumes after sanctions are relaxed at international borders.

The other legacy of the epidemic on sustainable immigration is that 1.8 million applications are pending processing. The government has received criticism from opposition parties for allowing the arrears to rise further. Finance Minister Christiana Freeland’s December Economic Update has allocated $ 85 million over the next fiscal year to address this.

As the department completes its work to digitize its outdated system, officials have called for a bridge over Fraser funds to help speed up further requests.

The current paper-based approach means that if anyone wants to check their application status, they should call their MP, who will call the minister’s office, who will call the immigration officer, who will pick up the file … from the filing cabinet.

Fraser is considering a system where applicant spouses can check their status directly online. “We have been in the midst of the most significant modernization of Canada’s immigration system since its inception,” he said.

Work to digitize the documents has already begun, but it may take a few years for the system to become fully functional.

READ  Group shots on Pierre Polyvre in the second debate

However, the interim funding announced by Fraser and the growing digitization of the system will allow Canada to handle a large number of new entrants during the rest of the epidemic.

“If the government is to continue to develop from there, I expect it to be able to do a lot more than we are doing today, which is at an all-time high,” he said.