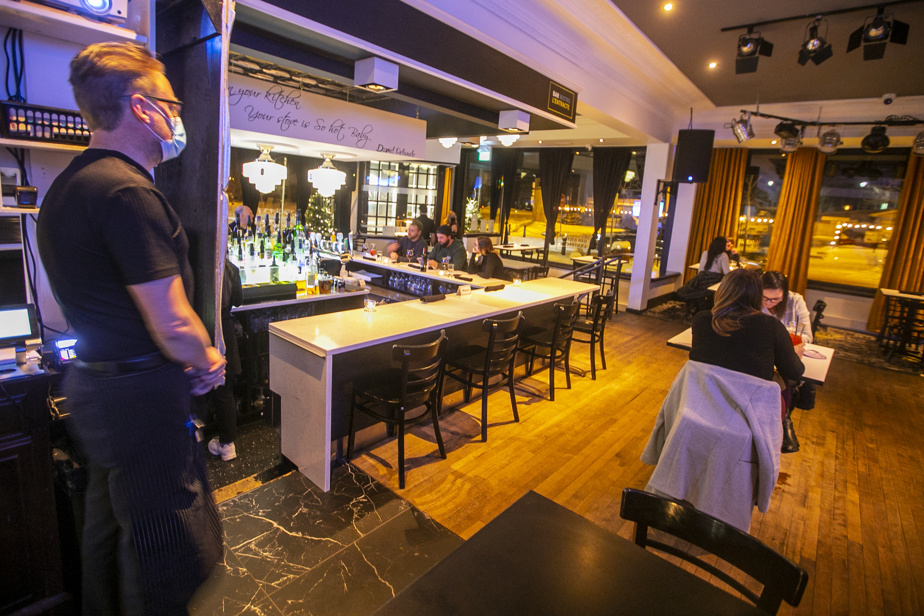 Quebec confirmed on Friday that restaurants will now also be eligible for assistance to businesses in areas where there is a maximum alert (AERAM). This measure was announced on Monday for establishments such as bars and cinema halls.

This allows affected restaurants to receive financial assistance as they must close their doors from 10pm to 5am. They will also be affected by the tightening of health restrictions in effect from December 26, which will limit the capacity of tables to six.

Quebec had earlier announced the move to financially assist companies that had to suspend their operations due to a health condition. This includes, among other things, bars, movie theaters, theaters, training rooms, entertainment centers, but not restaurants.

This measure is part of the Emergency Aid Program for Small and Medium Enterprises (PAUPME) and the Temporary Concerned Action Program (PACTE) for Enterprises. Assistance to cover eligible fixed costs can be up to $ 15,000 per month. Relevant companies that have already received financial assistance under one of these programs can use the simplified procedure to reactivate their file.

“The consequences of the new sanitary measures on restaurants are significant. We have exchanged and negotiated with their representatives and it is clear that we need to adjust our programs or deal with multiple closures,” wrote Pierre FitzGibbon, Minister for Economy and Innovation and Minister for Regional Economic Development. The latter promised to make adjustments.

At the Association of Business Development Companies of Montreal (ASDCM), President Billy Walsh – their team requested that these donations be reimbursed – confirming that they “receive short-term financial expectations of restaurants, especially the federal government”. Some aids have been confirmed ”.

On Wednesday, the Trudeau government also confirmed that traders could receive financial incentives up to 50% of their normal capacity.

They can actually access the Local Containment Support Program if they can prove that their income has dropped by at least 25% compared to 2019. They are entitled to wage concessions and rental subsidies. 25% to 75%, loss of their income.

“We hope for the Fifth Wave, which will not last longer than the others, and it will be combined with a massive vaccine of the third dose. .