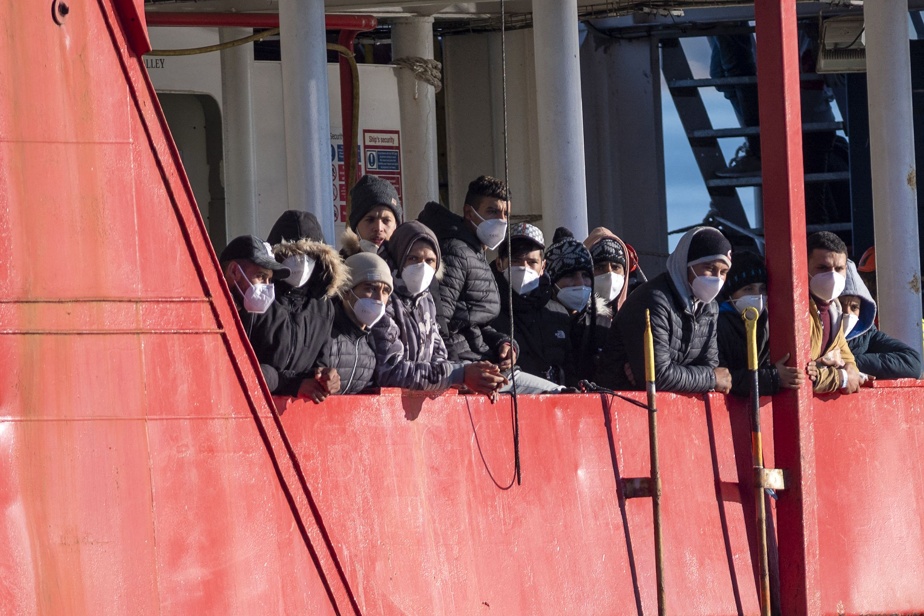 (Frankfurt) German NGO C-Watch announced on Saturday that it had rescued more than 270 migrants across the Central Mediterranean as part of three rescue operations by its ship since Friday. Sea Watch 3.

A spokesman for AFP told AFP that there were about 100 and 80 people in the two crowded rubber dinghies that were protected 38 nautical miles off the Libyan coast.

Staff of Sea Watch A total of 270 migrants are now being looked after, after the first rescue on Friday morning of 93 migrants in international waters south of the Italian island of Lampedusa.

Team members Sea Watch 3 Launched an inflatable boat to move passengers from their wooden boat, described by the NGO as “useless for navigation”.

The Sea Watch 3 Its “Christmas operation” began on Thursday evening, with “weather still festive” across Europe but “people are still fleeing across the Mediterranean”, according to another tweet.

Migrant boats, often in poor condition and prone to sinking, often reach Lampedusa due to its proximity to the North African coast.

The Sea Watch 3 Has been sailing off the coast of Libya since November 2017 and is actively searching for boats in distress.