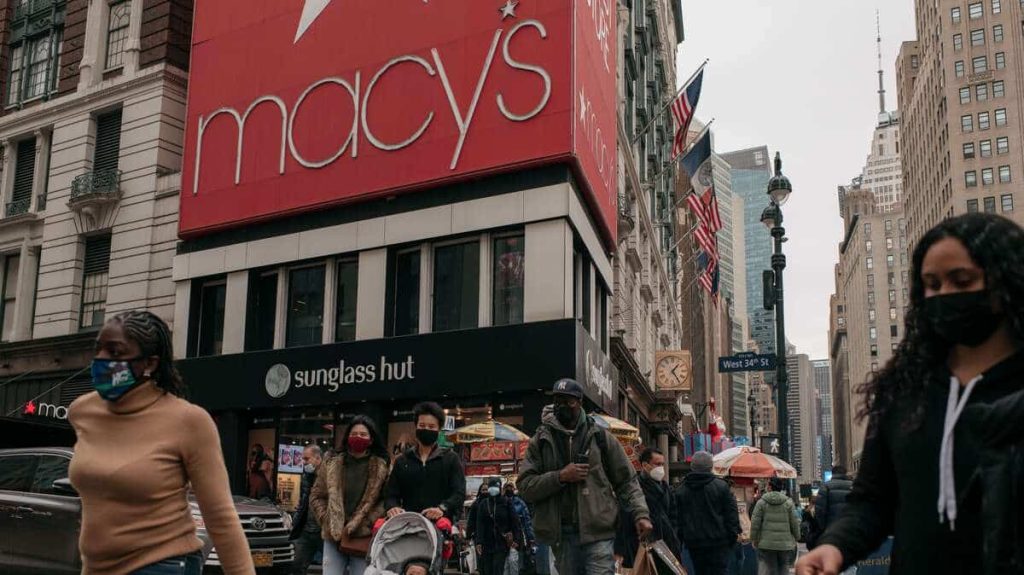 US consumers are spending the holidays in luxury: Retail sales rose 8.5% between November 1 and December 24 from a year ago, according to a MasterCard Spending‌pulse study released on Sunday.

Also read: December 26 in stores will be calm

Consumer spending (excluding cars) driven by a new increase in online sales (+ 11%) was the largest increase in 17 years on this barometer, but also due to a physical return to stores (+8, 1%).

“Customers are booming throughout the season,” said Steve Sadov, a senior consultant at MasterCard and former CEO of Sox Fifth Avenue.

“Clothing stores and department stores have seen strong growth and customers want to look beautiful,” he said in a statement.

Shortly before the spread of the Omicron variant in the United States, it again casts a shadow over the health of economic activity, with Americans making clothing (+ 47.3% of annual sales at the same time), but also jewelry (+ 32%) and department stores (+ 21.2%). With a preference for electronic products, its sales growth has been solid (+ 16.2%).

“It’s a renaissance time for retailers as consumers fill their shopping carts with gifts and gadgets,” MasterCard said.

The study shows that American families make their purchases in advance: “They are eager to secure their gifts (…) with what is said around labor issues and the supply chain,” said Steve Sadov.

With Black Friday, and its November 26 sales after Thanksgiving, MasterCard says “once again the day we spent the most for the 2021 holiday season”.