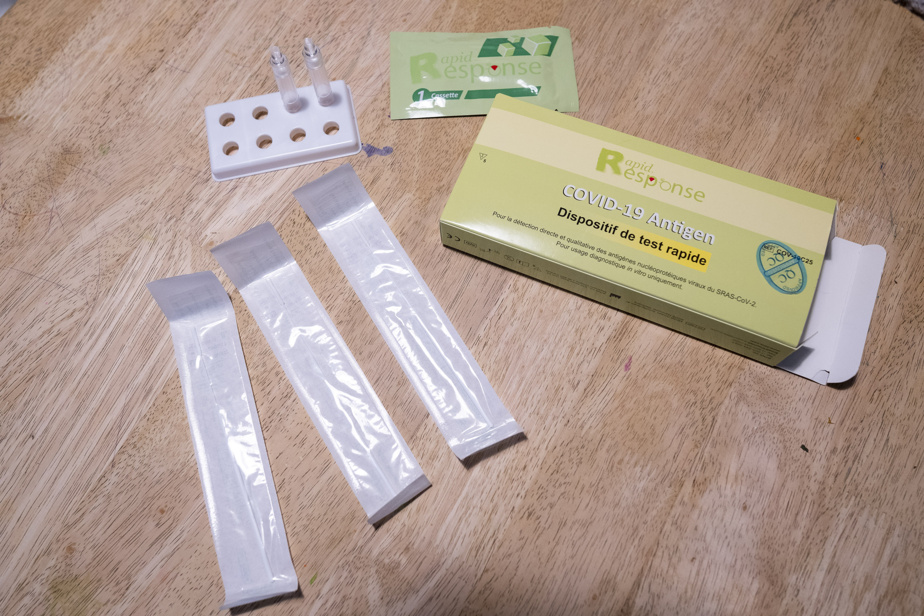 In Quebec, quick tests are recommended for people with COVID-19 symptoms. If the test is positive, they should be diagnosed with a PCR test. However, guidelines for the use of these tests vary from province to province. Overview.

Unlike Quebec, many provinces recommend rapid tests only for asymptomatic individuals.

This is especially true for Saskatchewan. “Routine and voluntary home screening can help prevent asymptomatic transmission to those who cannot be vaccinated and reduce COVID-19 transmission in the community,” the provincial government said.

In Ontario, testing is also recommended for people who do not have COVID-19 symptoms and who have not been in contact with the virus.

In addition, Ontario does not recommend testing in vaccinated individuals, “because the risk of contracting COVID-19 in this group is low, which can lead to an increase in false-positive results,” the report said. Government

In New Brunswick, rapid tests are also specified for people who do not have Kovid-19 symptoms or who have been to a potential exposure site in the last 14 days.

Roxanne Borges da Silva, a professor of public health at the University School of Montreal, argues that it would be “logical” for Ontario, Saskatchewan and New Brunswick to recommend the use of rapid tests only when there are no symptoms. “As soon as we see symptoms, we should go for a PCR test,” she explains.

Ms. said that if the quick tests were provided in a large enough quantity, the person who had no symptoms but wanted to visit the person who caused the injury or attend the family reunion could do the self-examination.Me Borges da Silva.

In contrast, in Manitoba, rapid tests are given only to those who have been diagnosed and vaccinated. People who are not vaccinated or at risk of serious illness should have a PCR test instead.

Unlike Quebec, some provinces do not require a PCR test to confirm a positive rapid test result.

In Nova Scotia, PCR testing is now restricted to people with symptoms, close contact, workers in high-risk settings, or people at high risk for serious illness.

By Monday, anyone found to be positive on the Rapid Test must inform Public Health by sending their name, date of birth, health insurance number and contact information to the Regional Public Health. She is automatically considered a positive case and no longer needs a PCR test.

In Alberta, only people at risk of serious illness or working in a high-risk environment should take the PCR test after a positive rapid test result.

This method will help make the PCR test available to those who need it the most, the government said.

In Newfoundland and Labrador, speed tests are only distributed to travelers 5 years of age and older arriving in the province. On the other hand, British Columbia still does not offer rapid tests. She plans to do so in early 2022.

As in Quebec, the demand for rapid tests is very strong in most of the other provinces, where stockouts are reported.

In collaboration with Florence Morin-Martel, Press