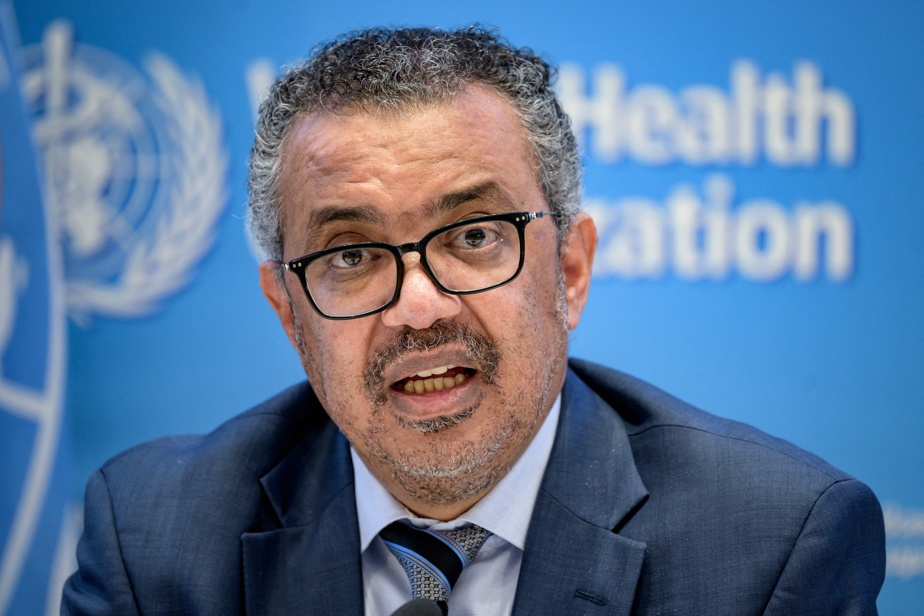 (Berlin) The World Health Organization (WHO) management said on Wednesday that the Delta and Omicron variants could cause a “tsunami” of infections. She is hopeful that by 2022 the world will be able to push back the worst of the pandemic.

Two years after the first case of the new coronavirus emerged, United Nations Health Agency leaders warn that it is still too early to say that preliminary data confirm that the omicron variant causes the disease. First detected last month in South Africa, Omicron is already prevalent in new cases in many parts of the United States and Europe.

According to WHO data, the number of new cases registered worldwide increased by 11% last week over the previous week.

Europe recorded more than half of the new infections with 4.99 million cases, an increase of 3%. America, from north to south, saw a burst of cases with a 39% increase. In the case of Africa, an increase of 7% was observed.

“I am very concerned that Omikron, like Delta, is spreading (and) spreading more epidemics at the same time, leading to a tsunami of cases,” he said.R Tedros at a virtual press conference. It “adds enormous stress to tired health workers and to health systems on the brink of collapse,” he continued.

In its recent weekly epidemiological report, the WHO stated that the “general risk” associated with Omicron was “very high.” She cites “strong evidence” that this new variant is spreading much faster than its predecessor Delta.

The WHO has also noted a slowdown in the spread of the virus in South Africa and basic data from the United Kingdom and Denmark reduce the risk of hospitalization. However, more data is needed before making any conclusions.

Michael Ryan, WHO Director-General for Health Emergency Management, stressed the importance of being careful about basic observations. DR Ryan argues that it is important to “keep the transmission of both variants as low as possible” for the next few weeks.

The expert explains that Omicron cases were first spread among the youth and the general population did not really know how it behaved. DR Ryan agreed that it would be inconvenient to make optimistic predictions before seeing how vaccine protection works in the elderly or the infirm.

The WHO declined to comment on the decisions of the United States and other states, where the mandatory isolation period was reduced. According to dR Ryan, countries make choices based on a number of factors and the average incubation period is between five and six days.

“You have to be careful about the changes in strategy at this point because of what we are noticing,” he said, clearly speaking about the increase in strength of the Omicron variant.

In addition, dR Tedros reiterated that the major role in ending the epidemic was to end global inequality. He said the failed goal of vaccinating 40% of the population this year was “not only a moral disgrace, it was fatal and gave the virus complete freedom to spread and mutate.”

Many states missed the target due to low dosage supplies to those most backward, and then the dosage expired due to lack of syringes, the WHO’s boss said.

Despite everything, dR Tedros assured us that “this year we hope to not only get out of the acute phase of the epidemic, but also pave the way towards better health care.”