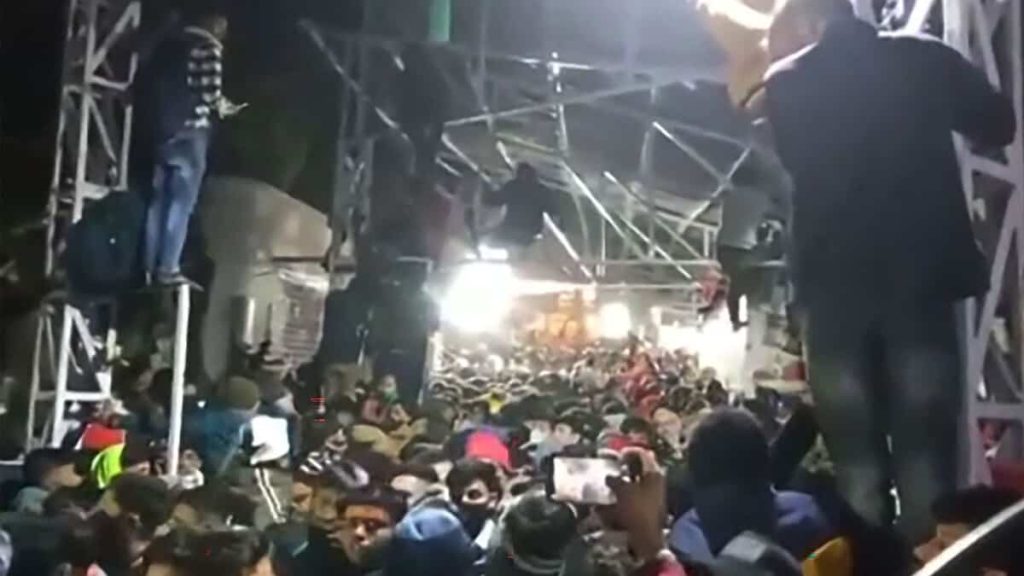 At least 12 people were killed and 13 others injured in a stampede at a religious shrine in Indian Kashmir on Saturday, officials said.

The play takes place at around 3 am on the way to Mata Vaishno Devi, one of the busiest Hindu shrines in North India.

“People fell on each other,” Ravinder testified, naming the same. “When the ambulances arrived about half an hour later, I helped pick up eight bodies. I’m lucky to be alive, but I’m trembling at the memory of what I saw. “

A spokesman for the authorities explained that there was a large crowd of people who wanted to offer special prayers during the New Year festival, but other communities could not confirm this.

There are millions of Hindu shrines in Indian towns and villages, especially in the secluded areas of the Himalayas or in the forests of the south.

Some very important shrines and the Hindu nationalist government of Prime Minister Narendra Modi have invested heavily in improving infrastructure to facilitate access.

Prior to the coronavirus epidemic, the Hindu temple of Mata Vaishno Devi, 60 km from Jammu, the winter capital of Indian Kashmir, was visited by 100,000 devotees daily. The number has since been limited to 25,000 by authorities, but, according to witnesses and the media, the gauge has been exceeded on several occasions.

Two stampedes at temples in August and September 2008 killed more than 370 Hindu worshipers in Himachal Pradesh (north) and Rajasthan (west).

Rescue operations began quickly and some of the injured were thought to be in critical condition and were rushed to hospital.

To reach this hall, which is open 24 hours a day, people go to the nearby town of Katra and climb about 15 kilometers on foot or by pony – there is also a helicopter service – up to the cave entrance, where they are frequent. Have to wait for hours.

Ravinder, who testified to AFP, explained that the stampede took place at a place where a large number of people descending from the shrine met the climbers.

He estimates there are at least 100,000. “No one has checked the registration forms of the believers. I have been there many times, but I have not seen so many, ”he said.

“People were only able to see (what was going on) when some of us were able to lift the corpse with our hands and make room to move the bodies,” he added.

Another witness, who came from Ghaziabad near New Delhi with a team of about 10 people, described the “mismanagement”.

“If they knew he had too many, they should have stopped people,” the man said anonymously.

“The loss of human lives is very painful,” he said on Twitter.