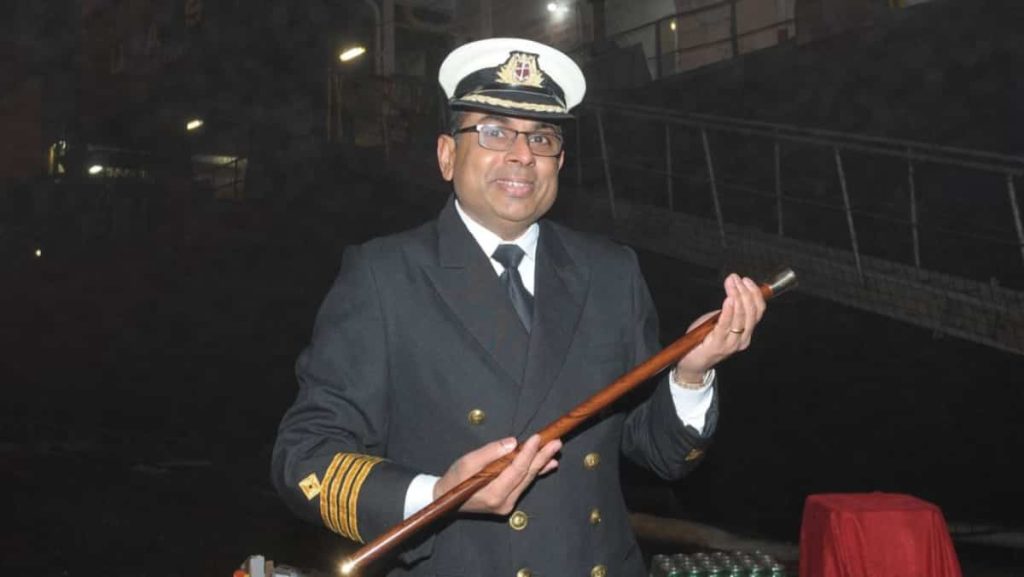 Felino D’Souza, captain of the Quebec Express Ship, received the Golden Cane as the first person to cross the waters of Montreal Port this year.

The ship reached the port area near Sorel at 12:21 pm on Saturday from the Hapag-Lloyd shipping line. The container ship carrying the goods left the port of Hamburg, Germany on December 19.

“We are proud to continue this tradition [de la Canne à pommeau d’or] It highlights more than ever the importance of sailors and the maritime sector as a public service that never breaks despite all kinds of storms, ”said Martin Eblue, President and CEO of the Montreal Port Authority.

Captain D’Souza, himself the son of a sailor of Indian descent, had 27 years of experience at sea, of which he served as captain for 16 years. This moment has a special meaning for him, because today is his wife Vilona Jesse’s birthday, and he gives him a golden-headed cane as a gift.

The golden-headed cane is given to the captain of a ship that sails the first sea to reach the port of Montreal at the beginning of the new year. This custom dates back to 1840.