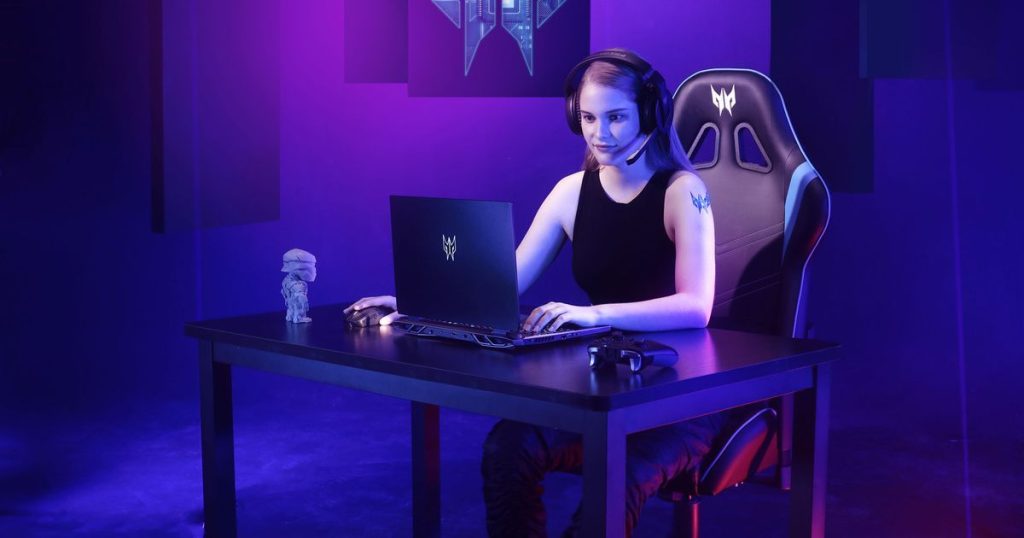 Although CES 2022 has turned upside down due to the epidemic, manufacturers are still offering their novelties for 2022. Here, Acer offers its latest Swift X laptops, but also some models. Gaming Nitro 5 and high end predators like Helios and Triton.

New on the CPU and RAM side

The 12th generation Intel processors and the AMD Raizen 6000 are coming soon this year. Swift X, PCs are intended for students and creators, most of whom do not want to break the bank, are equipped with 12-core CPUs (4 performance cores and 8 efficient), Intel‌ with core i5 or i7.

For Gaming, We are also moving to the 12th generation of the Predator Helios 300 and Triton 500 SE, which include the Core i7 and i9, respectively. Nitro 5, the more accessible computers, offer the option of Intel Core i7s or Ryzen 6000 from AMD. The performance of these computers should benefit from a slight boost in office automation as in gaming, especially with DDR5 RAM now (except for some Nitro 5), which can be clocked from 4800 to 5200 MHz depending on the PC.

If the 14-inch Swift X is fitted with the Nvidia GeForce RTX 3050 Ti we already know, the 16-inch model marks the arrival of Intel Arc graphics cards. This allows the PC to take advantage of Intel’s new Evo standard, which is left to evaluate the performance of these unprecedented cards in the application field and games.

Predator and Nitro will benefit from the new RTX 3070 Ti and 3080 Ti graphics cards, while enhanced models in video memory will be better in games that require applications (video editing and 3D rendering, in particular).

These technologies have begun to democratize for our greatest pleasure: wifi 6E offers new bandwidth at 6 GHz and higher speeds, while the 16:10 format offers screens with higher working height and thinner edges. . The prevalence of remote working has highlighted the importance of having better quality webcams, so full HD is also welcome. These features are found in the Swift X and Triton 500 SE, while the Helios 300 is satisfied with the WiFi 6E, while the Nitro is on its own (720p webcam, WiFi 6 and 16: 9 panel).