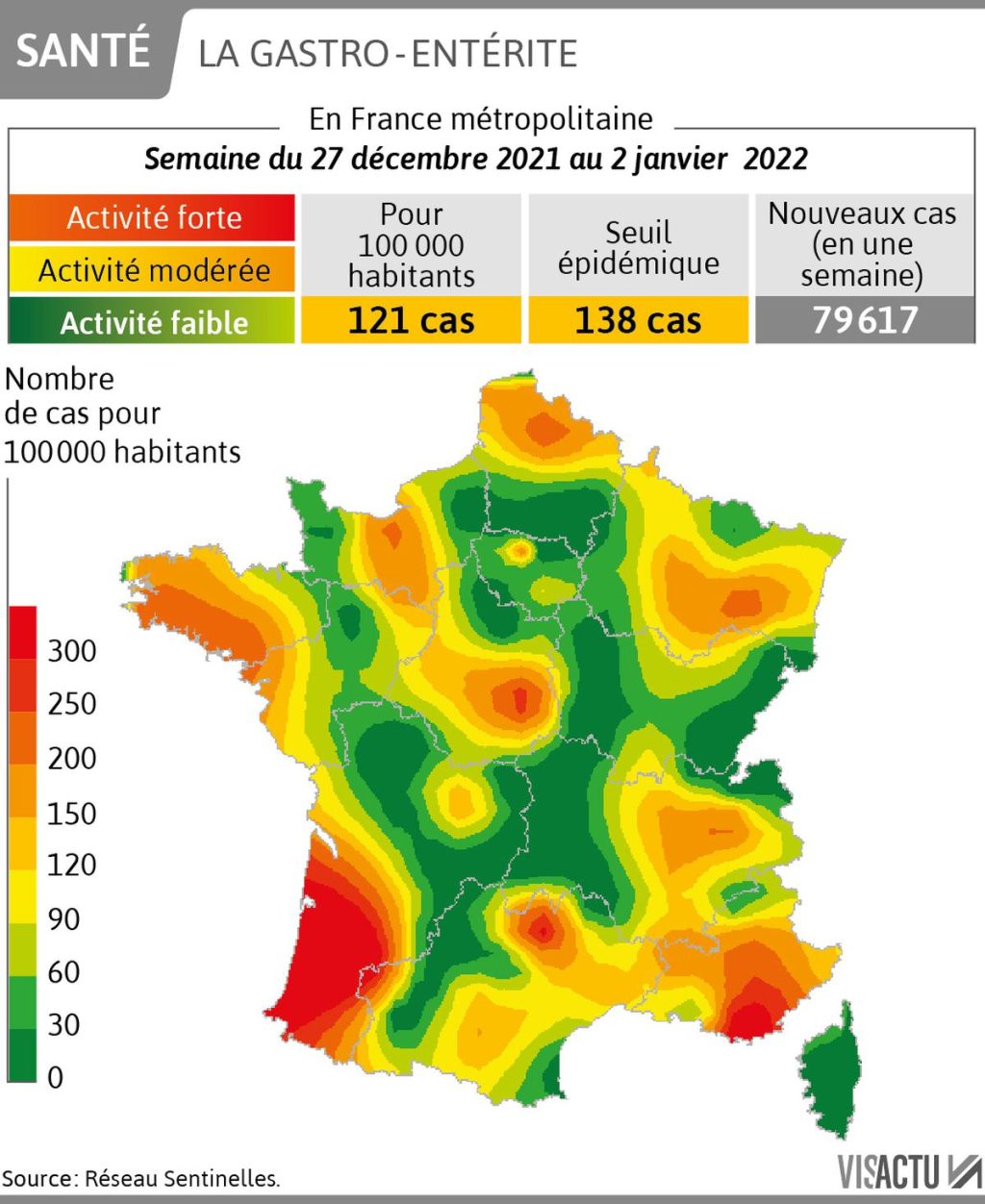 Winter gastroenteritis is still active in France and especially in the Nouvel-Aquitaine region.

According to the Ministry of Health, the incidence of cases of gastroenteritis diagnosed during the New Year holiday week has increased slightly. The national epidemic threshold (138) has reached many sectors, including the highly active Aquitaine.

On the mainland of France, last week, from December 27, 2021 to January 2, 2022, the incidence of severe diarrhea cases in general practice was estimated at 121 cases per 100,000 inhabitants. According to the Sentinels Network, this rate is increasing compared to the previous week (consolidated data: 91 cases per 100,000 inhabitants) and lower than what is generally observed during this period. The national epidemic threshold is set at 138.

Last week, 79,617 people were contacted because of this.