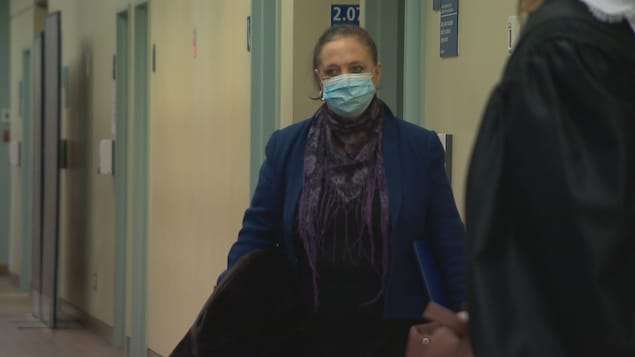 She was an entrepreneurship development consultant for immigrants at the company, which was dissolved in 2015.

For 7 years, the 63-year-old woman took advantage of her duties to divert funds dedicated to four projects.

For example, Doris Marcox led the Globe-Trotter File, which aims to create an inn for families migrating to Quebec.

Approved financial package Local Development CenterCLD. Everything from the architect report to the building permit. But these are false documents and the shelter has never come to light.

No more than a residency project for foreign businessmen who want to settle in Quebec.

There is a fake lease for an address that is not even there, Explained Me Bourbonnais-Rougeau.

The subsidized company also authorized $ 110,000 to bring the project to light.

The inquest found that the woman had written checks in her personal name, in the name of her partner.

The prosecutor clarified that those around the cheater were unaware of her criminal activities.

According to the lawsuit, Doris Marcox paid off various debts and stole funds to buy clothes, hotels and pay her electricity bills.

Although the scams took place between 2007 and 2014, no charges were filed till last March.

Doris Marcox will return to Judge Jean Asseline in August for a hearing on the sentencing.

Until then, the fraudster meets with a probation officer who must prepare a report prior to sentencing, with the aim of assisting the judge in determining the sentence to be imposed.

Doris Marcox’s lawyer, Mirali Rousin, wanted to tell the judge that his client had bipolar disorder.