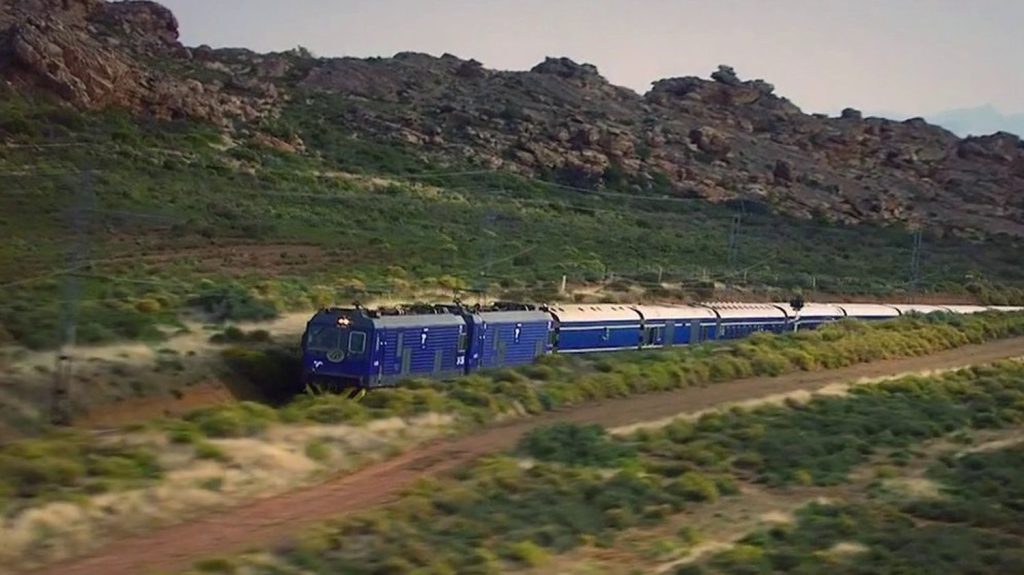 In South Africa, the Blue Rail crosses breathtaking landscapes. After a hiatus due to the Kovid-19 epidemic, it is back in service and fully booked for the next few months.

In South Africa, the Blue Train is back on track. For almost a century, he toured the vast open spaces of the country. With 19 carriages of woodwork and gold plating, it is one of the most luxurious trains in the world. Each cabin has its own butler. The 41 rooms include a writing desk, living room and luxurious bathtub and gilded taps. “We are served, fed, and everyone takes care of us“The South African man is excited to embark on a two – day tour of Cape Town.

At 2 p.m., the train departs. Challenge to driver: With the epidemic, the theft of copper cables exploded on South African railways. “Sometimes they steal cables right before your eyes. This will delay the train. And when they steal them you run out of electricity“Lawrence Olivier inquired. Several months later in Quello, the company reduced prices to bring back passengers. You still have to pay 1,300 euros for a three-day trip with a full board.

During its voyage, the convoy never exceeds 60km / h, thus leaving time to reflect on the wonders of the South African landscape. During dinner in the dining car, everyone needs proper clothing. On the menu, there are great vintage items and dishes suitable for star chefs. The next morning, the blue train arrives at Cape Town Station.