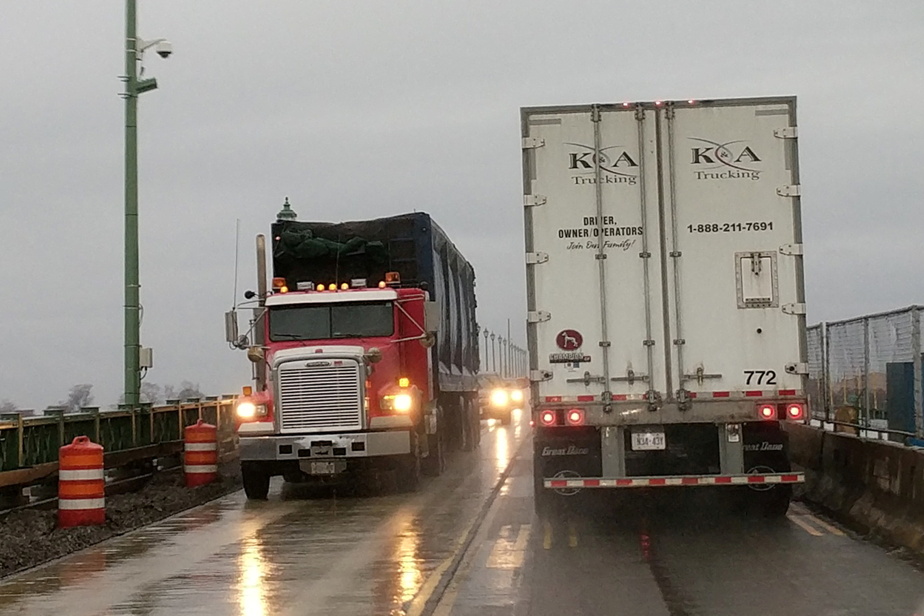 (Montreal) A mandatory vaccination for truckers entering Canada from the United States will take effect this Saturday.

From midnight onwards, these workers must be fully vaccinated if they wish to avoid two weeks of detention and a screening test for COVID-19 before their arrival.

Earlier this week, the Quebec Food Processing Council (CTAQ) indicated that the new requirement would have repercussions in the province, as “this refusal to enter the country represents between 12,000 and 16,000 fewer truckers, with a severe shortage of truckers already in trouble.”

In a press release, the CTAQ argued that “the food supply chain, already weakened by the pandemic and labor shortages, could not withstand this additional pressure.”

Sylvie Cloutier, president and CEO of CTAQ, warned that “rising food prices can only lead to an increase.”

As the United States prepares to impose similar sanctions on Canadian truckers on January 22, U.S. truck drivers who have not been vaccinated at the border will be deported from January 15.

Nearly 26,000 of the 160,000 drivers who make regular cross-border trips will be sidelined due to the need for the vaccine, the Canadian Trucking Alliance and the American Trucking Association have warned, which could lead to an increase in the prices of goods such as food or medicine. Equipment.

Note that when the Canada Border Services Agency announced on Wednesday that it was postponing the action, there was some confusion this week about the mandatory vaccination of truckers entering Canada to avoid detention. Ottawa stepped back the next day, saying the rule would take effect from this Saturday, as announced last November.