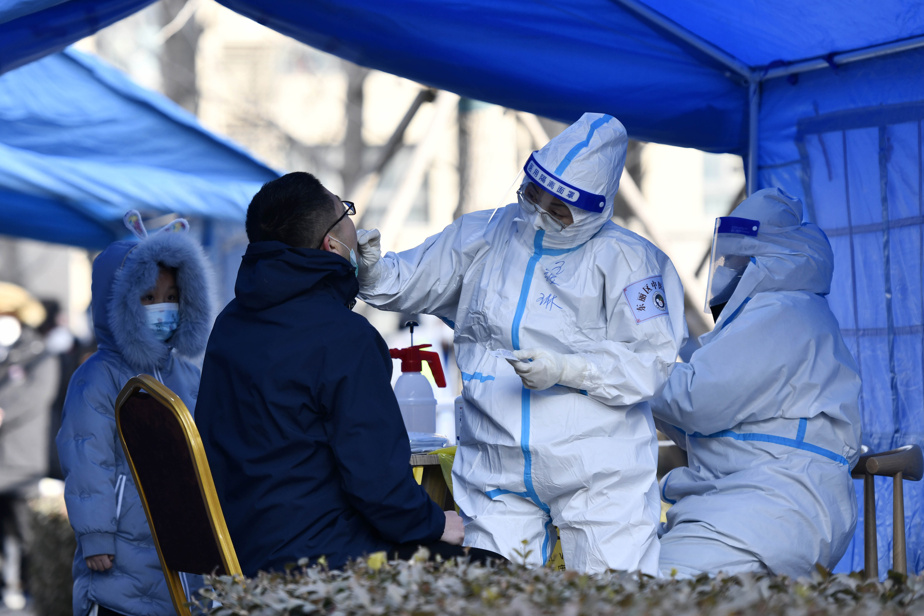 (Hong Kong) According to Beijing state media, weeks before the start of the Winter Olympics, the first local infection of the Omicron variant was reported.

The infected man lives and works in the Haidian district, northwest of the city, and has never traveled outside of Beijing in the past two weeks. The man showed symptoms on Thursday and was tested for COVID-19 on Friday, officials said at a news conference Saturday.

Most Chinese cities have so far reported infections with the Omicron variant, including cities such as Shanghai, the western city of Jian, cities such as Zhuhai and Zhangxhan in the southern province of Guangdong, and Tianjin, 30 minutes from Beijing. By high-speed train.

Authorities across the country are urging residents to stay in their cities for the new year, rather than return to their hometowns. To curb community transmission, China has adopted a rigorous “Zero COVID” policy, with authorities locking up residential areas and entire cities, including Xi’an, when a locally focused focus is found.

The Omicron variant infected patient’s compound and office in Beijing were raided and authorities are conducting coronavirus tests on people linked to the two sites. As of Saturday evening, 2,430 people had been tested, according to the government newspaper Global Times.

China recorded 119 new coronavirus infections on Saturday. There have been 104,864 infections in the country since the outbreak.