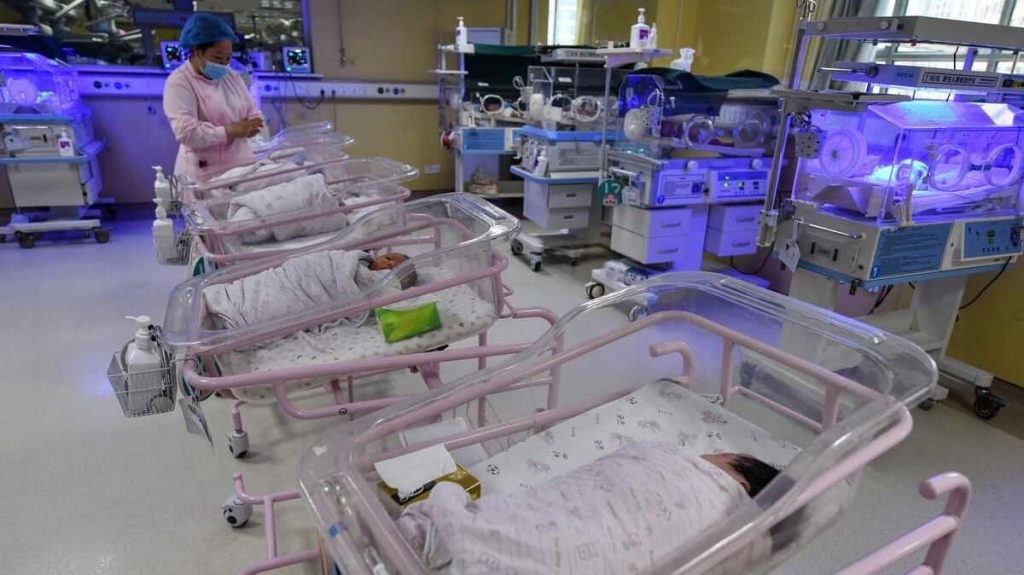 China achieved an annual growth rate of 8.1% in 2021, the highest in almost a decade, despite the real estate crisis and an epidemic rebound affecting the recovery of the Asian giant.

However, Chinese growth slowed to 4.4% in the fourth quarter (+ 4%), compared to 4.9% in the previous quarter, the National Bureau of Statistics (BNS) said on Monday.

In addition, the birth rate in China fell to a historic low last year, at least since 1978, according to official data published on Monday, amid uncertainty about future and educational spending.

The Asian nation is facing a population crisis with rapid aging labor force, economic slowdown and the country’s lowest population growth in decades.

This is the lowest level since at least 1978, when the Asian giant began publishing its annual statistics report.

In recent years China has relaxed its birth control policy. She allowed the couple to have two children in 2016, and three since last year.

But these decisions did not lead to a birth boom. Couples are chilled by the rising cost of living, housing and especially the children’s education.

According to official data, there will be 10.62 million births in the country in 2021.

“The demographic challenge is well known, but the pace of population aging is clearer than expected,” said Zhive Zhang, chief economist at Pinpoint Asset Management.