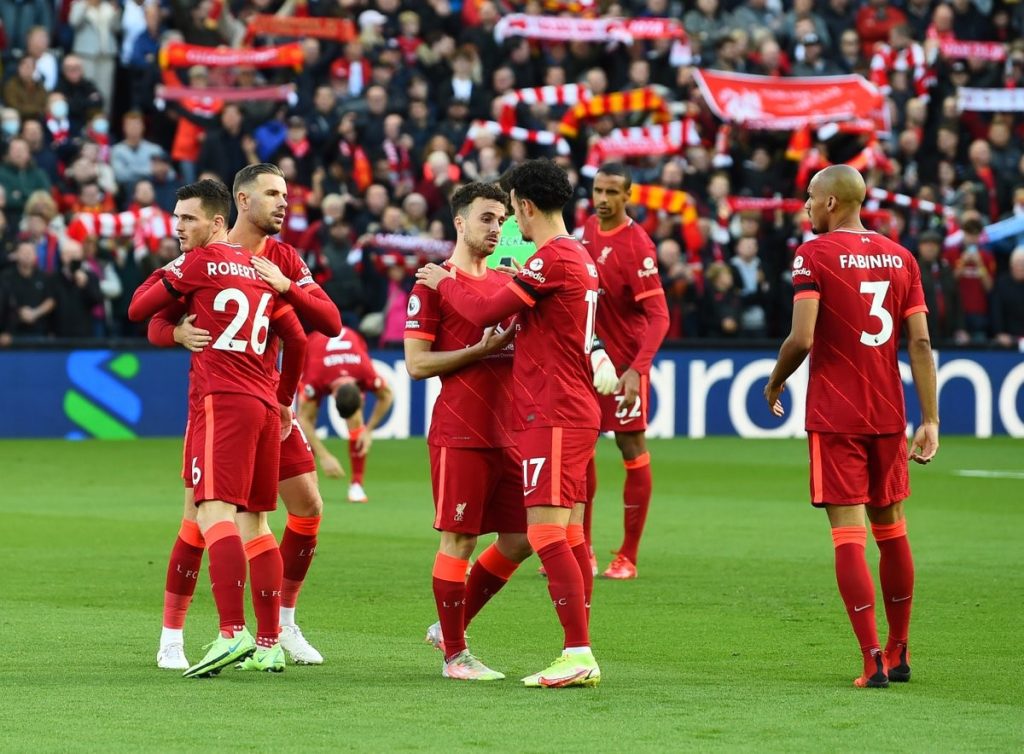 Liverpool attacking prowess is well respected in the Premier League as their fearsome attacking bite is one of the best in the world and with the addition of Jota’s positioning and high intensity play, Liverpool are touted behind the defending champions with 21/5 odds to win the Premier League according to the canadian-sports-betting.com. However, it is impertinent that the bookies faith might once again become futile when Liverpool lose it’s best players to AFCON for six weeks at most and by then.

Without a doubt the English Premier League is arguably one of the best leagues in the world if not the best! But going on a season-by-season basis, the league has fearsome competition among the big guns and is starting to go down the wire as the likes of Liverpool and Manchester City have been dominating the league in recent seasons.

While the Cityzens have been the champions of England on three occasions in four years, Liverpool finally took their chance to be the Premier League champion for the first time since its inception in the COVID hit 2019/2020 season. Though the two teams have been setting the standards in the league for some time now, the resurgence of Chelsea looks like bringing the league to one of its fearsome title races in recent times.

READ  FIFPRO, the World Athletes Association, condemned the lack of a global vision of the authorities

In fact, at the end of game week 18, the top three is beginning to take shape, while the top two surge ahead of everyone else, Chelsea currently sit third in the league, nine points ahead of Manchester United who are sitting in fourth for now ahead of a chasing pack.

However, while Chelsea were comfortably sitting at the helm before matchday 15, and Liverpool in the third, being on the third at the end of matchday 15 with a simple defeat is a testament to the fact that whoever wishes to win the league cannot afford any slip-ups.

Moreover, with AFCON around the corner, the top three teams will inevitably be sending some of their best players to represent their fatherland in the quest for African glory.

Though, Manchester City will have to do without Riyad Mahrez during the six weeks of African cup action or perhaps less depending on how well Algeria advance through the tourney, Chelsea will be sweating in the absence of their talismanic keeper; Edouard Mendy, who has been the difference in Chelsea’s extraordinary defensive prowess since the arrival of Tuchel in January 2021.

More so, there are plenty of other teams in the league that will be affected by the AFCON, but fighting for the league can easily take a turn with the current semblance of high competition between Chelsea, City, and Liverpool.

However, without Mohammed Salah, who is currently the Premier League best player by quite a way, Sadio Mane has become a fulcrum of Liverpool’s attacking play, Naby Keita, and Joel Matip who have formed a comfortable yet formidably partnership with Virgil Van Dijk to give Liverpool one of the best defences in the league.

READ  Student Sports: "It will be over soon," said RSEQ's CEO

Liverpool are flying high at the moment which is an exciting situation for their fans, but how the team will cope without their African stars for over six weeks due to their involvement in the African Cup of Nation (AFCON) for their respective countries remains to be seen.

During AFCON, Liverpool will undoubtedly be the most affected team among the title contenders – while Salah is the current best player in the league despite having the likes of Cristiano Ronaldo playing for United, his goal-scoring prowess and attacking versatility will be missed by the reds of Liverpool.

The defensive solidity of Joel Matip will equality be missed despite having the likes of Gomez and Kounate in their midst to deputise.

Though many Kopites will be hoping to see the rare magic that could make the African players stay behind while skipping the AFCON, most will be hoping their players could be eliminated earlier in the competition. 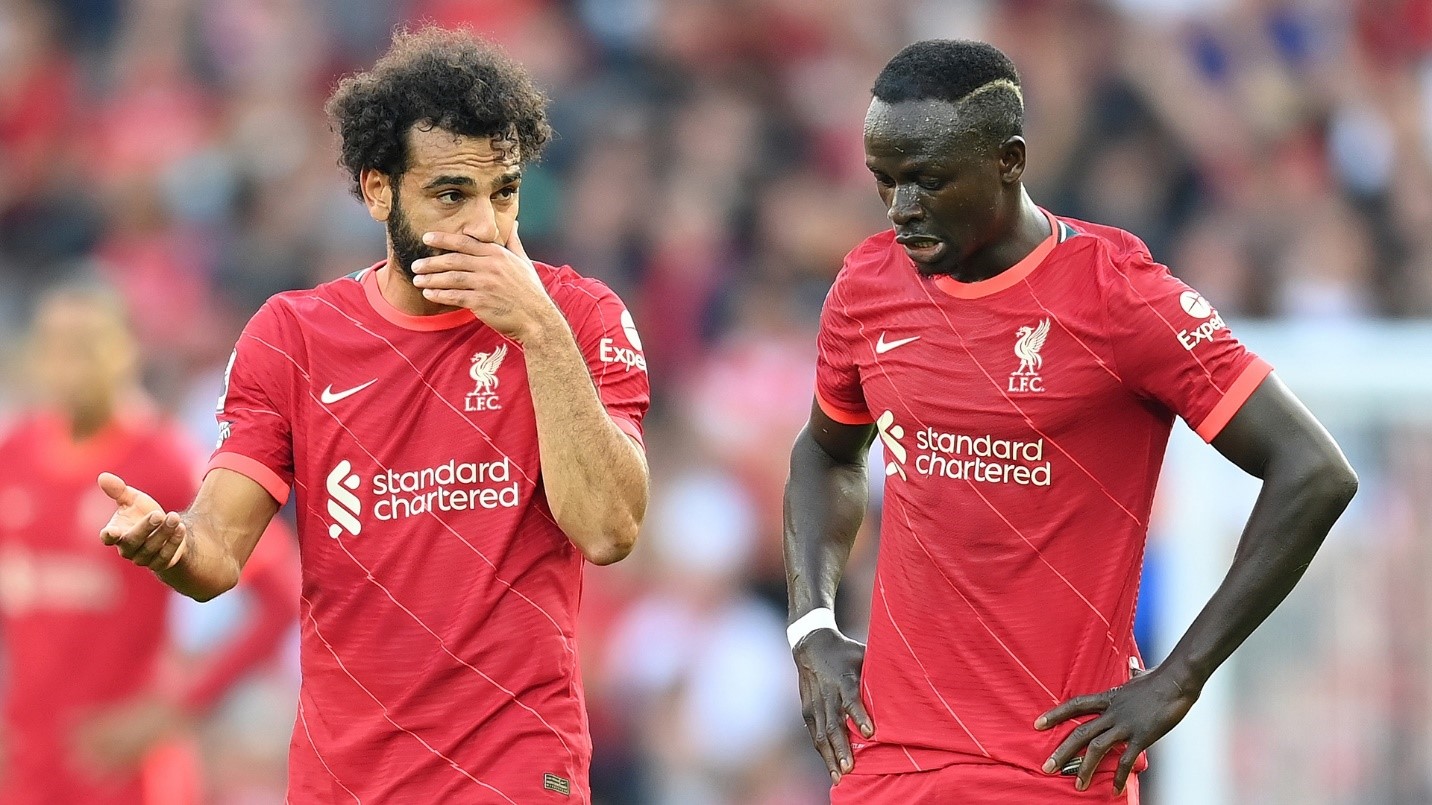 Given the high quality of Senegal and Egypt – Sadio Mane, and Mohammed Salah are both expected to reach the final stages of the competition.

Keita has been an influential part of the team, notably was his recent 5-star display away to Atletico Madrid in the UCL, followed by a couple of goals, even though Injury has denied us of seeing him continuously for a long period, he has proved to be a valuable asset to the squad.

With the influence these players have in the team, there is going to be a dip in the form of the team if these players leave for AFCON and there is no other team with this many African players in the EPL, so the likes of Jota, Firminho, Origi and Minamino will have to step up but there is no guarantee they will keep the tempo and intensity like we’ve seen from the African stars in recent times.

Many believe that the German tactician Klopp has it covered as the like of Gomez are beginning to show their worth again, while Thiago Alcantara is finally settling back into the team, but replacing Mane and Salah has over time proved to be difficult and the recurrent injury of Robert Firmino is not helping.

Though other title-contending teams also have some AFCON representation, it’s pretty obvious that Liverpool are likely to miss out on the EPL trophy with the absence of their African stars and it might be a little too late when they return unless the likes of City and Chelsea also dip which looks very unlikely in a season that the champions will need all the available points they can get.