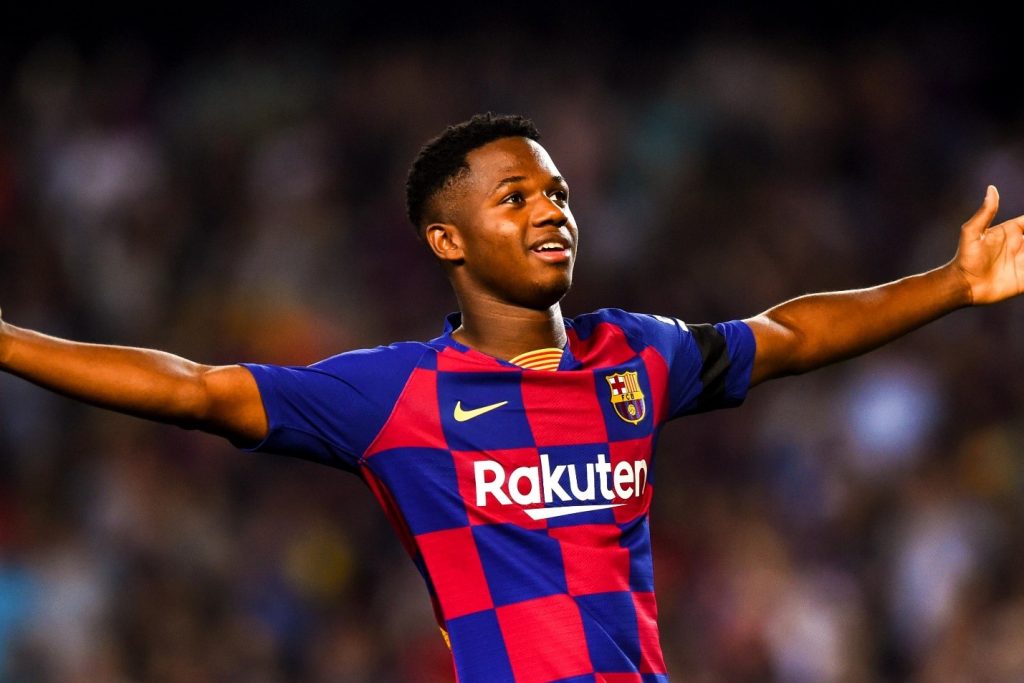 Barcelona’s chances of winning the league is long gone and the Blaugrana will need a miracle to clinch the league ahead of Real Madrid, Sevilla, with 66/1 odds. Though some bookies touted Barcelona to win the Copa Del Rey at 4.0 odds behind 3.60 odds for Real Madrid, bettors are given the chance to learn more how to get bet365 bonuses.

There is no doubt that the ingrained talent flowing through the veins of Ansu Fati is far beyond his age – from his composure to his technical skill and how well he drives the attack when he is fully fit is far beyond his reach. At least for now!

Yes, for now! Because of his age and being the only player to have made many Cules find their feet, looking for a ground to hold a player at such a tender age was no more than the man believed by many football fans to be the greatest footballer in the rich history of football in Lionel Messi.

In the early stages of his career, Lionel Messi was the epitome of a footballing artist that draws from the intelligence of mural construct while using his tricks and flicks as the tool that paints om such a beautiful canvas that had many salivating for more during his fifteen years at Barcelona.

However, in the case of Ansu Fati, times have changed, football has evolved, and agility is high on the field with pure power-play and the tenacity which was drawn from the power of high intensity and ever dynamic gameplay. But with his skills, Ansu Fati has equally risen to the occasion of footballing advancement to add his name to the current best crop of players.

Many players have shown such promise in the past  – some fell by the wayside, while some went ahead to be among the greatest in their position. Among such players is fellow La Masia graduate, Bojan Krkic, who had a life planned out ahead of him with his monstrous talent but could not fly high enough.

While Bojan might not have attained his full potential before he veered off his path in Spain, to England, the United States among many places that his career path took him. Neymar was another player who rose  to the pinnacle of the footballing world at such a tender age, despite playing in a less glamorous league compared to the mighty Spanish league, Bundesliga, or the EPL

Neymar did not just rise to stardom, the Brazilian lived the stardom and maintained his relevance among the elite, despite having recurrent injury problems and several corners of the media mokcking  his actions at every turn as he looked to establish himself. 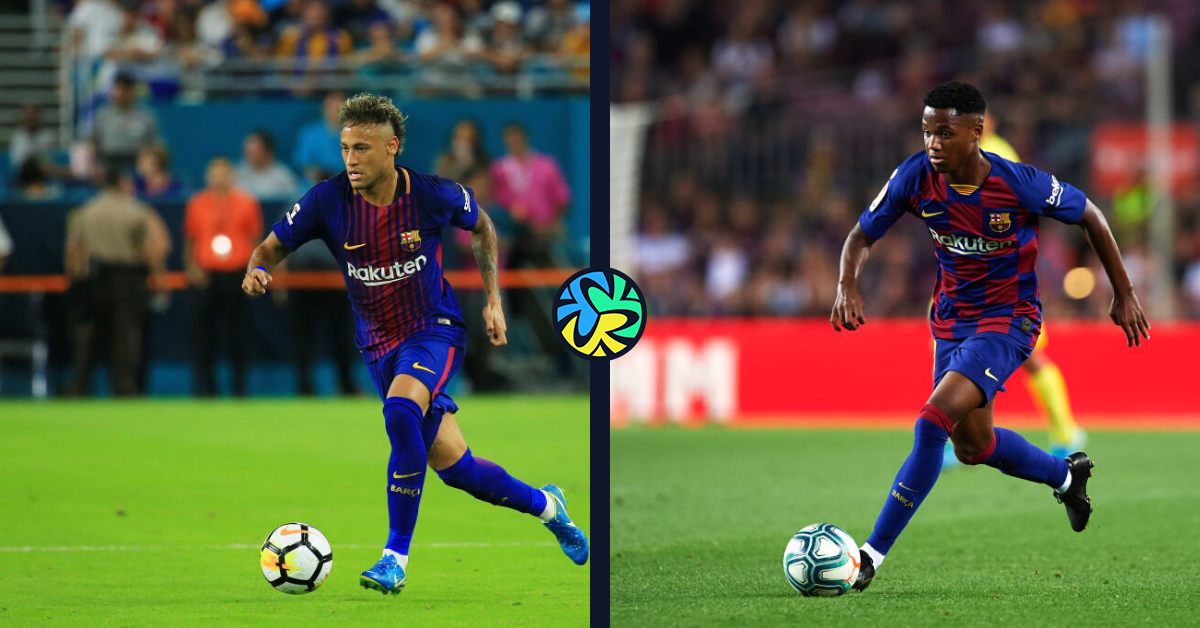 The Brazilian went ahead to fly high with Barcelona while winning the Champions League with the Catalan club in 2015 and scoring 10 Champions League goals, ending as the joint top scorer with both Cristiano Ronaldo and Lionel Messi in the same year before he moved to PSG in 2017.

Though many have expected the Brazilian to do more than he is currently giving to the world in terms of his ability and his output at the end of his game, nothing can be taken away from the career that the Brazilian has had since his days in Santos, Spain and now France.

Many are beginning to recognize the talent embedded in the genes of the current Barcelona number 10 and while he would have developed under the spotlight while staying in the shadow of the club’s former number 10, without Lionel Messi, the responsibility is now huge for the Spanish international.

In fact, with huge responsibility comes great pressure on the young prodigy to deliver while setting the standard for himself to play at the highest level to meet the expectations of the fans across the world which could properly hinder his progress to becoming great like Lionel Messi.

Going by the trend of Bojan’s growth and the rapid transition he got after the Under-17 World Cup in 2007, and based on his prodigious talent, despite Pep Guardiola shielding him from the pressure and all exuberant intensity that would ensure he lived up to his predicted potential. The Spaniard further sank in the aura of his mentality and began to panic when it mattered most.

Bojan could have easily lived up to his potential with the right mentality and that could help him to be ushered into the limelight with utmost pressure of having to move fast while still being just 18 years of age, a huge amount of pressure to handle at such a young age and predictably his career went down the drain when he couldn’t fulfill his potential.

In an interview with Sid Lowe in 2018, Bojan confessed that the lack of his game time and promotion from Barcelona through to the Spanish National team created anxiety and a sense of panic that hindered his development.

Though Ansu Fati is yet to show panic in his game like his senior La Masia graduate did at the same age and while the pressure is brimming high as many cules are beginning to see the future of the Catalan based club in the young prodigy, especially after the departure of Lionel Messi.

The pressure is beginning to build for the Spanish international and only time will tell if he can emerge as triumphant as his prodigious predecessor, Bojan Krkic 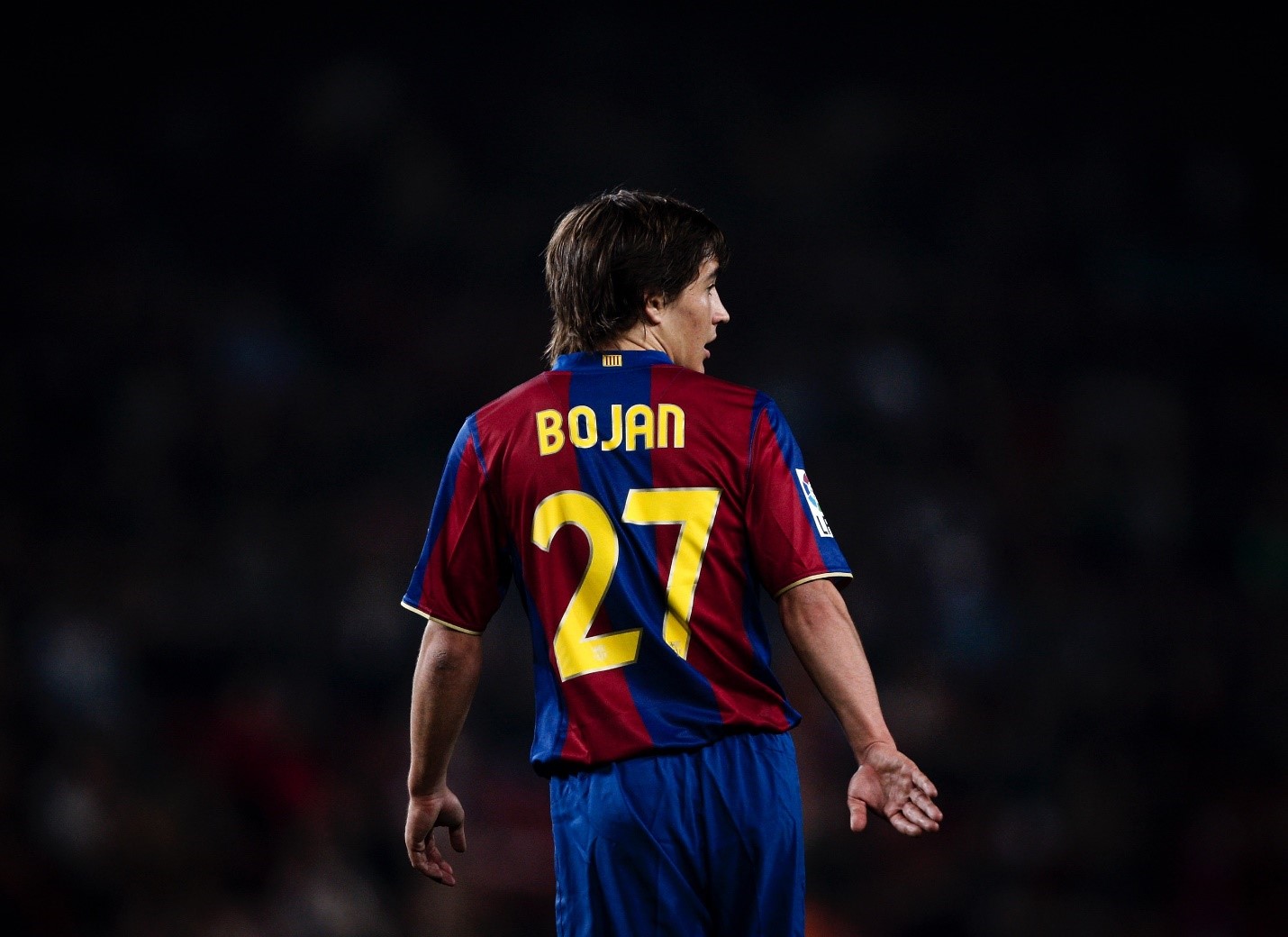 Despite the tendency of the Spanish attacker’s hype and the pressure to deliver, coupled with the fact that hope is on him to help Barcelona out of their misery, in his stance of the pressure of taking the number 10 left behind by the greatest player to ever grace the game according to some fans

There is a chance that the prodigy will end up living the dream like how the former Barcelona attacker, Neymar-Jnr did despite the pressure to establish himself among the elite since his time at Santos and while he moved to Barcelona in 2013 to lay acclaim to his ability before the 2014 World Cup in Brazil

READ  Canada beat Suriname, continuing on the way to the World Cup

The Brazilian number 10, was under the microscope to deliver in the World Cup hosted by his fatherland in 2014 and he graciously justify his talent before his injury in the quarter-final and his absence caused a lot of gaps in Brazilian play. But it was evident that Neymar had been flying high since his time in Santos, Barcelona, PSG, and Selecao.

More so, about the play and tendency of the Spanish attacker, he is however inclined to go farther than his La Masia predecessor who came at the prime of Lionel Messi and the telepathic affairs of the David Villa and Pedro.

Though Lionel Messi finally cut his ties with Barcelona, there is Memphis Depay who has been the ever-presence attacker for Barcelona since his move from Lyon, and injury ravage Ousmane Dembele is currently striding in his newfound stability under the guidance of Xavi Hernandez

With the eminent incoming of Ferran Torres, the explosion of Gavi, and the technicality of Pedri, the pressure on Ansu Fati might have been minimized. Thus, it depends on the young prodigy to deliver.

And on the other hand, there is pressure on the Spanish attacker to usher Barcelona back to their glorious days. But he will need to keep fit if the Catalan base team has a chance of winning a silverware.

With Ansu Fati talent and the incoming Torres, Barcelona can undoubtedly revive their season, but the Fati will need to judiciously use the pressure of expectations if he will justify his potential – but only time will tell if his career will dwindle the lonely path like Bojan or would fly high among the very best like Neymar.