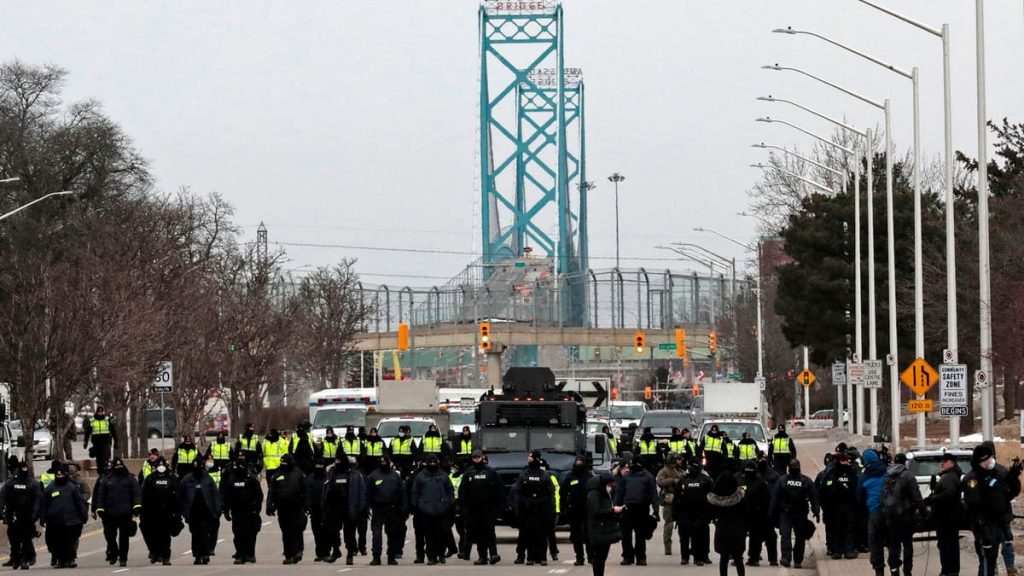 According to a statement from the White House on Sunday, Washington welcomed the ongoing Canadian police intervention to reopen several strategic border crossings between the United States and Canada, preventing protesters against health measures.

Earlier on Sunday, police removed the last demonstrators set up on Ambassador Bridge from Monday, which required access to the border between the two American neighbors and its closure had serious economic consequences.

“According to the information they received, many protesters have been evacuated, obstacles are being removed and the road is being secured,” the press release reads.

Canada has been rocked by a large protest movement for several weeks with truckers protesting against the obligation to vaccinate across the border between Canada and the United States, but has refused all health measures and expanded for some protesters. , Government of Justin Trudeau.