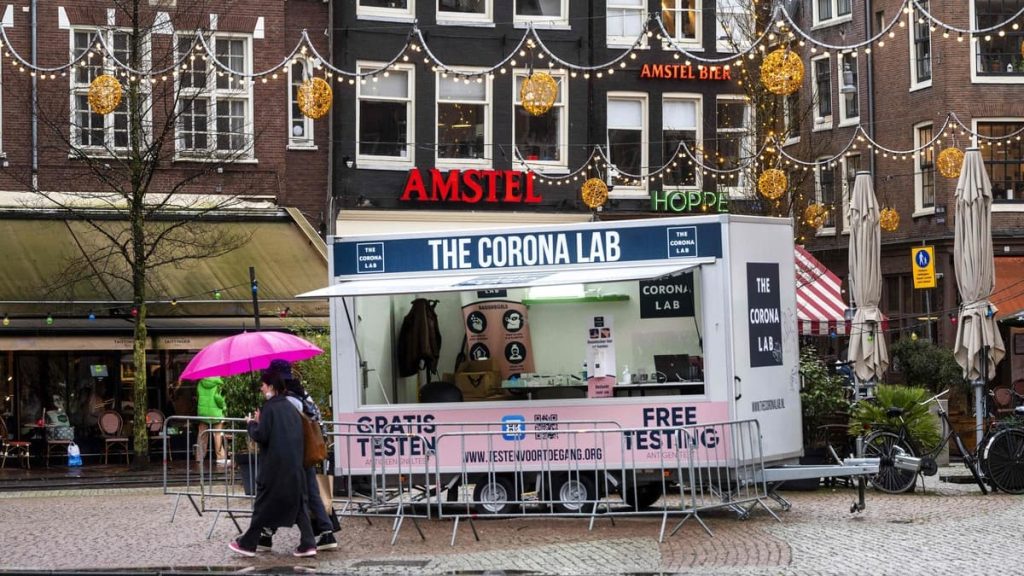 The Netherlands announced on Tuesday that it was lifting most health restrictions from February 25, despite still having high levels of contamination with the omicron variant of the coronavirus.

The health pass will drop and bars, nightclubs and restaurants will return to “normal closing hours” just like before the epidemic, the executive announced.

Social distance and masks are no longer mandatory in most public places and the quarantine duration is increased to five days in case of pollution.

“The country is reopening,” Health Minister Ernest Kuiper told a news conference, warning that the epidemic was “not over.”

“We may be optimistic, but we also need to be realistic,” he said.

The Netherlands imposed some of the toughest sanctions on Europe in December, following the spread of contamination with the omicron variant, before phasing them out.

They have now joined countries like Denmark and Norway that have lifted most restrictions.

The Netherlands, with a population of nearly 17 million, recorded 482,695 pollution last week, but that number is down 22% compared to last week.

Limits on the number of guests allowed in the house will end immediately, as well as it is recommended to always be in favor of telework, which can be increased to half a week.

Bars and restaurants that close their doors at 10pm are open until 1am on Fridays, and like nightclubs, they have the power to finally welcome visitors.

On February 25, Kuipers said, “we’re back to normal end times,” just like before the epidemic.

Visitors must submit a negative test to attend events of more than 500 people.

The government has announced that masks are mandatory only on public transport and at airports.

Travel bans for many non-EU countries will be lifted, but travelers from EU member states will have to submit proof of vaccination or a negative test.

The health minister took office in Mark Rutte’s new government in January and gave signals that he wants to bring society back to normal.

The Netherlands witnessed violent protests against coronavirus restrictions in 2021, with police firing warning shots and injuring several protesters in Rotterdam (southwest) in November.

Kuipers said the Dutch government would re-evaluate the situation on March 15.