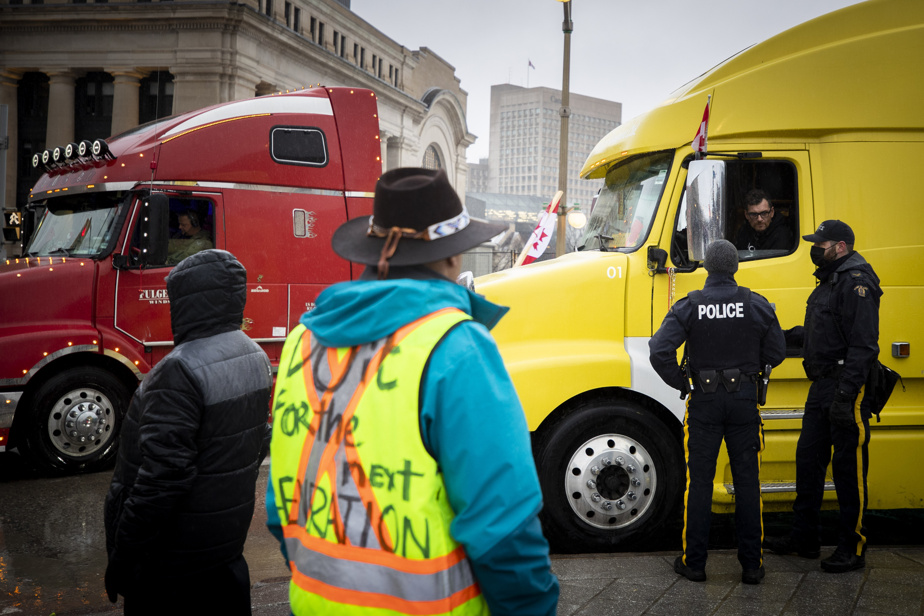 The Canadian Civil Liberties Association (CCLA) announced Thursday that it will sue the federal government, which will have to resort to the “high threshold required” Emergency Measures Act Did not reach.

According to CCLA Executive Director Nova Mendelssohn Aviv, resorting to this law is “unnecessary, unjustifiable and unconstitutional” as the government already has ways to intervene in this kind of situation. “I listened intently to the Prime Minister’s remarks this morning and did not hear any new legal reasons for enforcing the national emergency, nor did I hear the enormous power that the government intends to give itself to overcome the normal democratic process,” she said in a statement.

On Monday, Ottawa launched Emergency Measures Act, Which gives the government extraordinary powers to act. Since Tuesday, emergency measures have been put in place, including a ban on holding public meetings that could harm the movement and safety of people and objects, disrupt trade or disrupt the maintenance of essential infrastructure. Bringing children or teenagers to an illegal meeting is now also prohibited.

Wanting to minimize the disruption caused by these events across the country, Abby Deshraman, director of the Criminal Justice Program at CCLA, argued that “current demonstrations cannot be said to be detrimental to the life, health or safety of Canadians.” The association is challenging emergency action in court over “civil rights violations” such as freezing the bank accounts of individuals participating in these demonstrations or communicating personal financial information.

The company criticizes emergency decrees for not being limited to “specific performances”, which we can read in the press release. “They apply equally across the country and impose unprecedented restrictions on the constitutional rights of every Canadian,” the CCLA wrote.

The Canadian Civil Liberties Association, however, said the current situation in Ottawa was “complicated, difficult and traumatic”, especially for some grassroots groups facing threats.