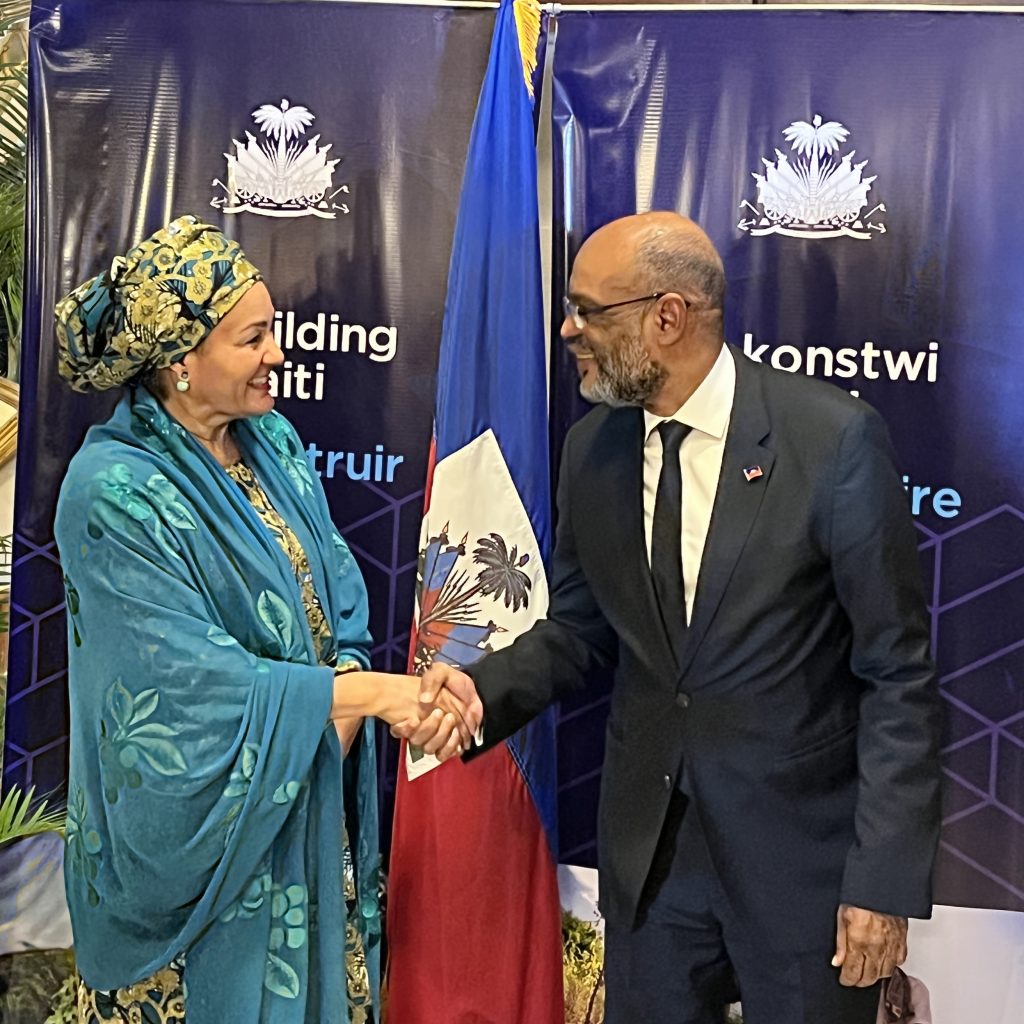 States and international partners in Haiti have pledged to donate up to $ 600 million for the reconstruction of the southern peninsula of Haiti. The announcement was made by UN Deputy Secretary-General Amina Mohammed and Haitian Prime Minister Ariel Henry on Wednesday, February 16. This is by closing the international event for financing the southern peninsula, which was badly affected by the August 14, 2021 earthquake. These 600 million promises represent 30% of the amount planned and expected for the reconstruction, i.e. $ 2 billion. Prime Minister Ariel Henry, next to the meeting, did not hide his satisfaction. “These donations are beyond our expectations. On behalf of the Haitian people, I extend my heartfelt thanks to all the nations and organizations involved in the restoration and reconstruction of the Southern Peninsula. ”

Prime Minister Henry welcomed the commitment and commitment of the international community to support the goals of the conference. Donors were assured that the pledged funds would be used transparently in the service of the people of the South. “We know these are taxpayer taxes from friendly countries. We are going to make sure that every dollar reaches those who really need it.

Ariel Henry announced that the government would also put its hands in its pocket in support of the great Southern Reconstruction. Consequently, he confirmed that the state of Haiti will carry out through the public treasury to finance the Integrated Recovery Plan of the Southern Peninsula (PRIPS) for 10 billion in 4 years. Either way, the Public Investment Program (PIP) stipulates a PM of 2.5 billion gordos per year.

UN Under-Secretary-General Amina Mohammed also thanked all those who attended this international conference. She has special words for the countries and agencies that are committed along with Haiti to promote the revival of the Southern Peninsula. “Whatever the level of cooperation of the partners, we must make sure that everything is appreciated. In general, the United Nations and its agencies are committed to supporting the efforts of the State of Haiti to improve the living conditions of the population of the region. The United Nations is in solidarity with the Haitian government and will continue to support its efforts to revive the entire nation through targeted projects, ”the diplomat assured. Amina Mohammed announced that she was setting up a special program to monitor the receipt and distribution of funds in a transparent and organized manner. In her remarks at the beginning of the meeting, the Deputy Secretary-General emphasized the need to provide assistance to those who really need it.

The cost of recovery requirements for sections of the Great South is estimated at nearly $ 2 billion. According to Ariel Henry, this amount has expanded over 4 years. “$ 2 billion is divided into 4 sectors: the manufacturing sector (US $ 197 million); the social sector (US $ 1,515 million); the infrastructure sector (US $ 172 million); the transverse sector (US $ 94 million). For the first year, the recovery plan will be implemented. Approximately US $ 454,000,000 is required, which represents about 25% of the total response.

Among the donors who pledged their cooperation, we can list USAID, which promised an additional envelope of $ 50 million; Canada announces $ 19.5 million funding; World Bank announces $ 194 million envelope; Norway has allocated $ 6 million and IDB $ 80 million in envelopes.

READ  Germany | Merkel then started in the dual race