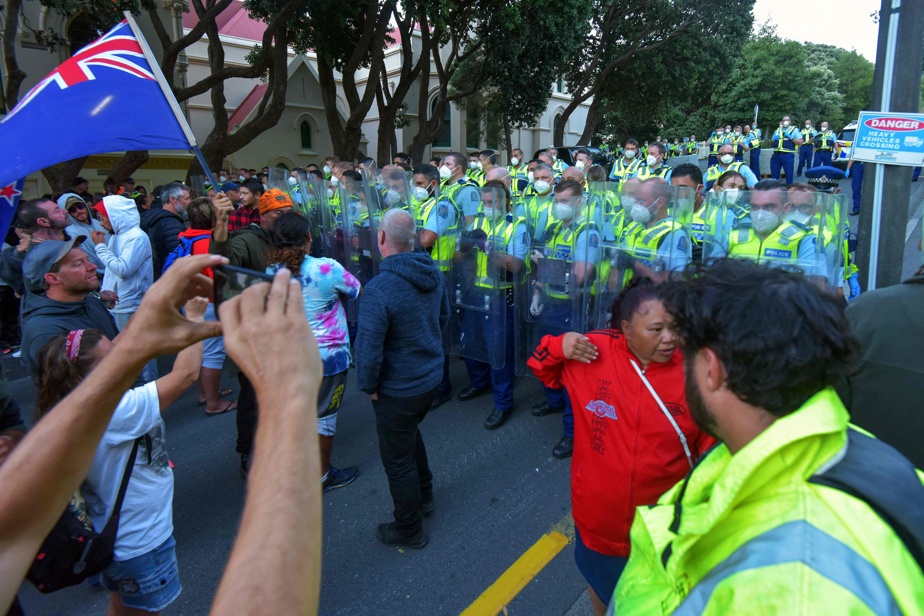 Prime Minister Jacinda Ardern condemned the “completely shameful” scenes in response to the alleged acid attack, and a protester in a car sped towards law enforcement, a few centimeters before dying.

Tensions escalated the day before, with police accusing protesters of throwing human excrement at police who were setting up concrete dams around the protesters’ camp.

Police in riot gear stormed a rally on Tuesday, removing hundreds of protesters by truck.

The police said in their statement, “the protesters need medical help at least three officers after spraying unknown material”.

“A man was arrested after he tried to steer the car towards a team of police officers,” she added.

Two weeks after their action began, inspired by the Canadian anti-restriction “convoy”, protesters continued to move in despite police calling for them to leave this weekend.

Formed with about 1,500 protesters, the movement was initially anti-vaccine, but as it gained momentum, its demands increased. Some protesters demonstrated their affiliation with the far right, chanting slogans against the government and the media.

Wellington residents have complained that protesters abused them for wearing masks. New Zealand Prime Minister Jacinda Ardern has condemned the harassment and harassment.

New Zealand, with a population of five million, has recorded 53 deaths from the coronavirus since the outbreak. 2,377 new cases were reported on Monday.