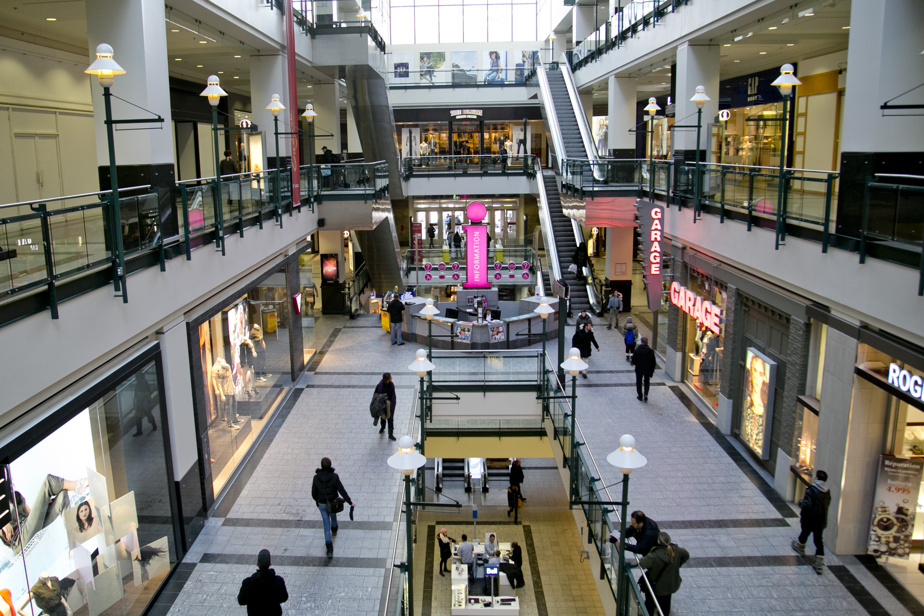 As many companies adopt the hybrid working model, traffic will be reduced by 19 to 25% compared to the pre-epidemic level, and consumer spending in the Montreal downtown area will be reduced by a maximum of 14%. , The firm evaluates the analysis by PwC Canada.

“It’s too big,” Michelle LeBlanc, president and chief executive officer of the Board of Trade of Metropolitan Montreal (CCMM), responded at a news conference on Friday.

The analysis, conducted on behalf of CCMM, was unveiled as the mandatory teleworking end is approaching in Quebec, scheduled for February 28th.

She predicts that the decline in the number of workers coming to this important financial center in the country on a daily basis will be gradually offset by “economic stimulus and the creation of new jobs generated by the growth of businesses”.

A reduction in costs will be minimized if workers maintain their spending level by concentrating on them within a few days in the city center. The reduction in consumption also takes into account the decrease in the number of residents, students and tourists.

The estimates are based exclusively on a survey conducted by Company Leger among 1,079 managers and employees working on the island of Montreal. He makes it a clear priority to attend the office one to three days a week. Only 19% of downtown workers want to return to their office full time.

It proposes analytical measures to limit the “shock” of this traffic damage in the heart of the Quebec Metropolis and prevent it from falling into the “spiral of devolution”.

It is specifically suggested to enhance cultural and entertainment offers and increase the mix of uses by promoting the construction of home units and the diversity of business types.

Mr. According to LeBlanc, decision makers must promote an understanding of downtown where spending time after work can be enjoyable. Some days of the week are similar to business trips that combine employee attendance meetings and activities, he explained.

It doesn’t happen every week, every day. Montreal Downtown is a work destination, but if we are in this state of mind that it is fun in all other respects, we will increase our interest in getting there and reduce it by 25%. And we’re going to increase the cost, so 14% would probably turn into a 10% discount.

Michelle LeBlanc, President and CEO of the Board of Trade of Metropolitan Montreal

The study was conducted under the name Restoring downtown Montreal in a deeply changing environment It also solves the problem of online commerce.

He spoke in support of the US Alliance, but said that maintaining some independence was not the answer.

“There was no bombing of downtown Montreal, but when you look at the commercial fabric, there are a lot of holes. We need a mini martial plan next year to help revive business projects. […] We need a strategy to keep this place in the city center, which is currently very fragile, from being in front of the store for too long, ”he declared, calling on Quebec and Ottawa to intervene.

Mr. LeBlanc is asking governments at various levels to provide more financial assistance for the management of major events that attract foreign tourists.

On her side, the minister in charge of the metropolis and the Montreal area, Chantal Rowley, suggested that funds be maintained without commitment to additional assistance for major festivals.

The proposals also target employers to switch to a hybrid work model.

This article was created with the financial support of Facebook and The Canadian Press News Fellowships.