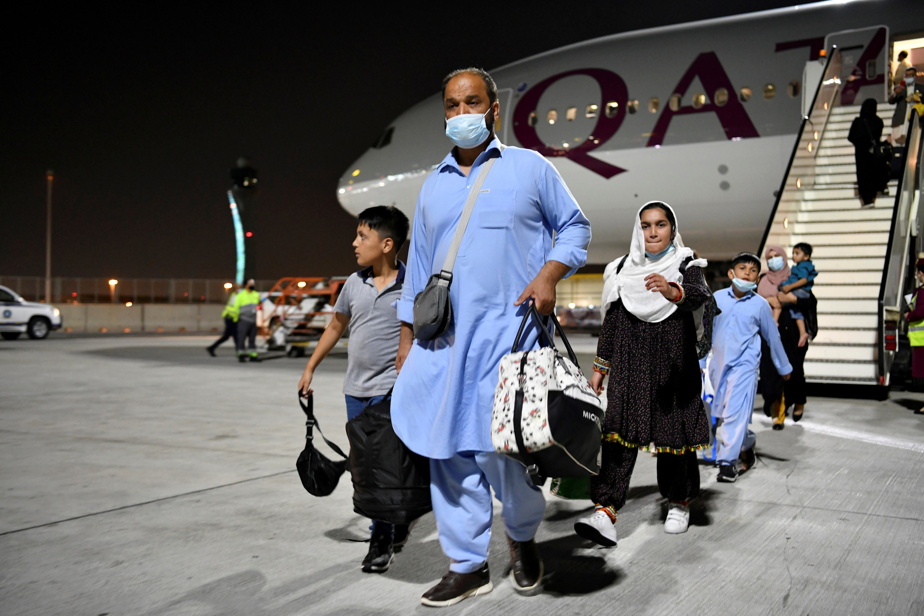 (Kabul) Their spokesman announced on Sunday that the Taliban would no longer allow the evacuation of Afghans who want to leave their country until the situation of those already deported improves.

More than 120,000 Afghans and dual nationals were evacuated by August 31, and two weeks after Islamist fundamentalists captured Kabul, the last American troops left Afghanistan in a hurry.

Hundreds were later allowed to leave the country by plane, but the last official evacuation took place on the 1st.er December.

Government spokesman Jabihullah Mujahid said he had received reports from the Taliban that thousands of Afghans were living in “extremely miserable conditions” in Qatar and Turkey.

“The government has a responsibility to protect the people, so we will stop them (the evacuation of Afghans) until their lives are in danger,” he told a news conference in one of the countries being evacuated.

He was responding to a query on social media that Taliban border officials should not allow anyone to move by air or road.

After taking power, the Taliban promised that if Afghans had valid passports and visas to their destinations, they would be free to come and go as they wished.

They allowed tens of thousands of Afghans without travel documents to leave the country, mostly the families of individuals who have worked for the US-led coalition, embassies or other international organizations for the past 20 years. .

Thousands of people who fall into the next category are still in Afghanistan and want to leave the country for fear that the Taliban will target them as “collaborators”.

Although widespread retaliation has not yet been reported, a UN report says more than 100 members of the former regime, especially security forces, have been killed by the Taliban since August.

According to a Taliban spokesman, the new government has never guaranteed that the evacuation will continue indefinitely.

“Initially, we said we were Americans […] They can take people who are concerned, ”said Jabihullah Mujahid.

“But it’s not a promise to last forever,” he said.

Families who want to leave Afghanistan in the future must have a valid “excuse” to do so, according to the spokesman.

He said women were not allowed to go abroad except with the male chaperone.

“This is a Sharia mandate,” he argued, adding that the authorities were looking into ways to ensure that it did not affect women who would benefit from scholarships and travel abroad.

Women who want to travel long distances in the country already have an obligation to be with a man who belongs to their family.

After coming to power, fundamentalists promised a softer version of the harsher interpretation of Islamic law, which largely trampled on human rights from 1996 to 2001 and described their previous regime.

While the new regime – which until then had not been recognized by any country – was careful not to enforce too strict regulations at the national level, regional authorities imposed restrictions, especially on women.

Thousands of people are still trying every day to reach neighboring Iran with the goal of reaching Europe in search of work or asylum.

The country has been in a humanitarian emergency for 20 years after the collapse of the economy caused by the freezing of billions of assets abroad and the abrupt cessation of international aid. , And it’s coming back in dribbles and drabbs now.

According to the UN, more than half of the 38 million Afghans are threatened by food insecurity.