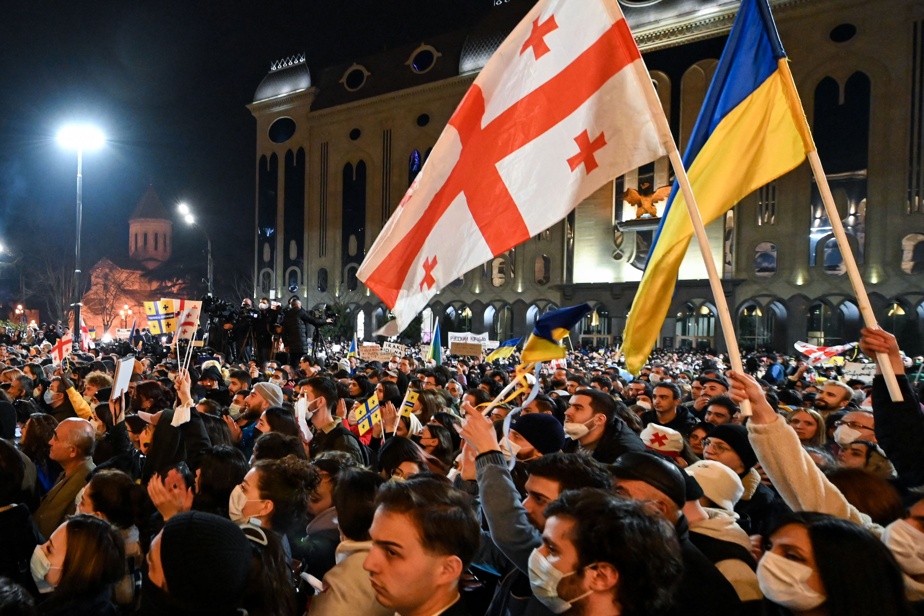 (Tbilisi) Georgia will apply for EU membership “immediately” after Ukraine sought its unification with the EU, according to the ruling party in the former Soviet Union in the Caucasus, which has close ties with Moscow. Russian invasion.

The chairman of the Georgian Dream Party, Irakli Kobakhidze, announced at a press conference that he had “decided immediately to apply to enter the EU” and asked Brussels to “immediately consider this request and grant Georgia the status of candidate.”

The statement follows an express request from Ukrainian President Volodymyr Zhelensky, whose country is facing an armed invasion of Russia with deadly bombings, and a special policy to integrate Ukraine into the EU.

The president of Ukraine, backed by the European Parliament, on Tuesday passed a majority resolution condemning Russia’s “aggression” on Ukraine and calling on European institutions to “work to grant Ukraine EU candidate status”.

The vote was widely seen in Georgia, which faced armed Russian intervention in 2008, resulting in the loss of two separatist territories, as a window of opportunity for its own aspiration to unify the EU – a goal embodied in its constitution.

The Georgian government last year expressed its intention to submit the country’s candidacy to enter the EU in 2024.

Georgia, like Ukraine, has signed an association agreement with the European Union, but this does not guarantee further unification.