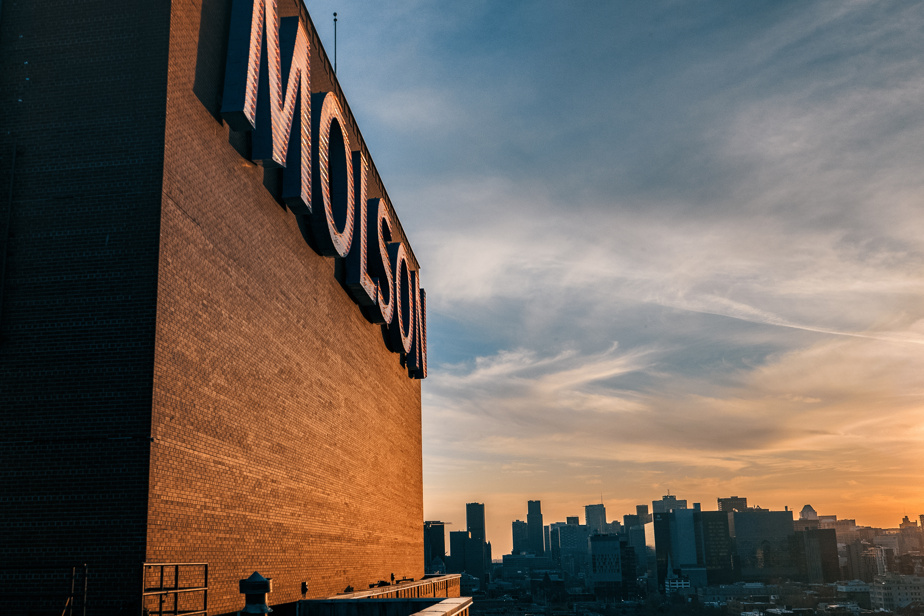 The landowners of the former Molson Brewery in Old Montreal are beginning the first phase of work that will lead to this strategic district transformation at the foot of the Jacques-Cartier Bridge.

As a first step, a consortium formed by Montoni, Groupe Selection and Fonds immobilier FTQ is addressing the భాగlot des Voltigeurs, the oldest part of the site where Heritage Interest Buildings is located.

In this block, 75% of existing buildings will be kept or converted, Ford Immobilier de Solidarity FTQ President and CEO Normand Belanger explained in an interview.

Discussions are underway to set up offices for the regional headquarters of the Brewer Molson Coors in the historic building at 1670, rue Notre-Dame Est. “As per our agreement with Molson, the offices should be delivered by 2024,” he said. Bélanger is underlining.

The remaining 25% of other buildings will be demolished. According to Montoni, the demolition permit should be issued this week or next week.

Last month, the consortium submitted a concept for the redevelopment of the Voltiger block to the Urban Planning Advisory Committee (CCU) of Ville-Marie Borough. This concept received positive feedback from the CCU.

The owners are continuing their steps leading to the final project development for the entire site in accordance with the provisions of the Special Urban Plan (PPU) for the Faborgs sector. Specifically, it imposes a limit of 750 square meters on floors over 45 meters.

Last June, Group Selection publicly expressed its frustration with the PPU’s compulsory terms. “The heights are not what we expected,” said a Group Selection spokesperson. The resulting reception capacity does not allow us to achieve the vision we have developed based on the agreement signed in June 2019 with the City of Montreal. ⁇

Contacted by telephone on Tuesday, Philip Bouklin, VP, Real Estate Development for Group Selection, explained that negotiations between the consortium and the City had progressed since this public release last year. “We, the city and we realize that we are pursuing the same goals. We are going to demonstrate a development vision that respects the directions and vision of the PPU,” he said.

Details of the new structures of the Ile des Voltigers will be known later. We already know that these have a cascading silhouette around the Molson Tower.

The tower, which features the Brewer’s iconic clock and emblem, will be restored. These two items are first removed, then stored, restored, and reinstalled. The chimney is also secured.

Since acquiring Lot‌s in 2019, the trio Montoni-Selection-Fonds immobilier FTQ has been working on its vision of the site for two years. To do this, he enlisted the services of Urban Planning Company BC2, Sid Lee Architecture, Archeology Company Archios as well as Consultant in Loose Lafontaine, Architect and Built Heritage Conservation.

READ  Elon Musk proposes to build a tunnel under Miami

The owners want to open the site to the neighborhood and create visual improvements toward the St. Lawrence River. Government lands will also be developed.