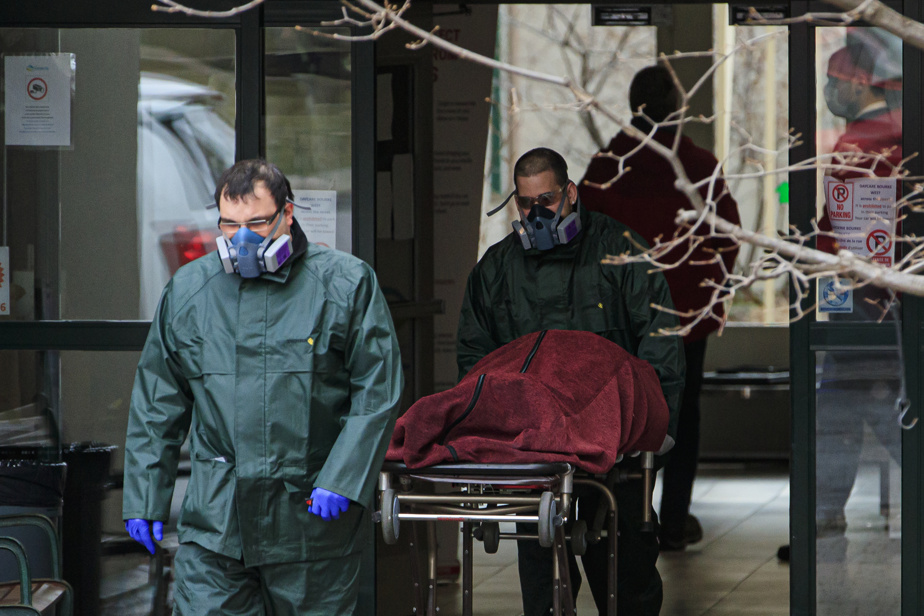 Two years after the outbreak of the (Quebec) pandemic, Prime Minister Franois Legalt concluded, “We have done what is necessary to save as many lives as possible.”

This is what he wrote in an open letter published in various media on Friday, the National Remembrance Day of COVID-19 victims.

Unlike last year, the Legal government will not hold a ceremony in memory of the 14,141 Cubans who contracted the disease.

At most, the government has announced that the Quebec flag will be flown at half mast in the National Assembly and wherever its offices are located.

He said he wanted the day to be sober “with respect to the families of the victims and loved ones.” Therefore Prime Minister Legalt did not plan any public outings.

In his open letter to the media, Mr. Legalt argued that “anything is remembered.” [s]These are the first weeks of life, daily press briefings “.

“I never thought I would have to appear in front of cameras every day to announce sanctions and tell people what to do. For people like me I would even say it is unnatural.

“But we did what was necessary to save as many lives as possible,” he said, adding that “we are proud to show the solidarity of all our people, especially our elders.”

Quebec in Canada has the worst COVID toll; Although it accounts for only a quarter of the Canadian population, it causes 38% of deaths.

READ  Holiday Travel: Chief of Staff of the Premier of Alberta Scoops

After the first “lightning” wave of COVID-19, Mr. Legault noted in his letter that conditions had improved due to the actions taken by his government.

“We were able to quickly strengthen our health system by training more staff. We were able to keep our schools open to minimize the impact on our children.

“We have succeeded in the most effective vaccination campaign on the planet. And from tomorrow, we will remove almost all restrictions,” he welcomed.

“Together we were able to save thousands of lives, but we also lost many mothers, fathers, grandmothers, grandfathers. We lost brothers, sisters, friends,” the Prime Minister wrote.

He affirms that Quebec has a responsibility to remember and that every March 11 “Quebec people will remember”.

However, the Liberal Party of Dominic Anglade found it difficult to explain the government’s decision to abandon a celebration for the missing. He estimates that 4,000 deaths were reported last year.

The party responded in a press release that these individuals “deserve to be highlighted even for their hasty departure”.

“Coalition Avenir Quebec has been choosing for months to move away from the Kovid subject. For Franకోois Legalt, 4000 deaths did not qualify for a few minutes in his diary. What a shame! ⁇

Liberals reiterated on Friday their request to hold a public commission of inquiry to “clearly identify what the good and bad decisions made in the epidemic were.”

The Liberal Party, which has promised to launch such a commission of inquiry “as soon as it is elected”, will help provide answers to the families of the deceased.

Over the past few days, Quebec Solidair and Party Quebecois have also stressed the importance of holding a public hearing, as well as an official ceremony on March 11 for COVID-19 victims.