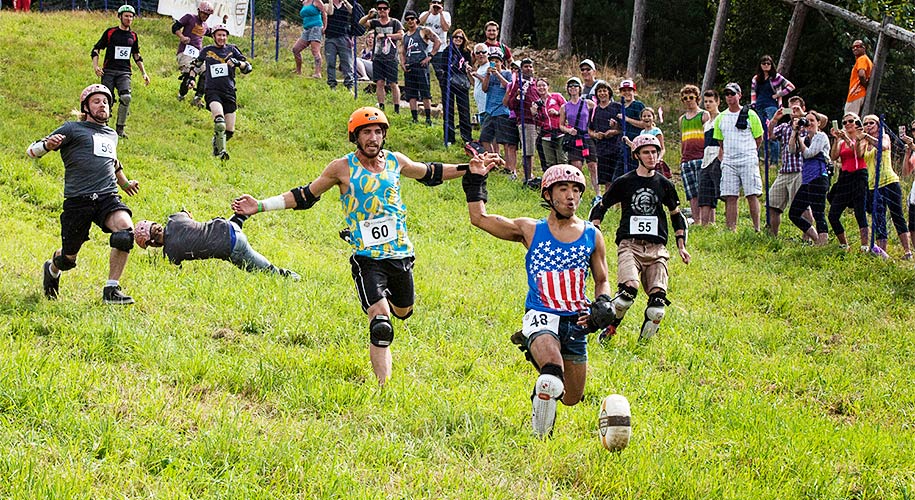 There’s no shortage of unknown but equally great athletic pursuits in the world, no matter if it’s the alternative form of hockey called broomball or the difficult-to-understand sport called Kabaddi. Furthermore, such sports can provide valuable insight into the culture of those who participate in them. While mostly lesser known, these obscure sports are quite entertaining to watch, especially if you can place wagers on them on 20Bets – best sports betting site in Canada.

Broomball is very similar to a game of hockey. In this sport, you play with a ball instead of a puck and you also use a broom instead of a hockey stick. You go about on the ice with street shoes rather than skates. This is very popular in both Canada and the United States.

Gaffelhangen is an extremely localized rural sport that is only practiced in a tiny section of the Limburg Region in the Netherlands. It’s essentially a race to see who can cling on to a pitchfork the longest. Even though it’s just locals, the competition is referred to as a European championship.

Dragon boating may be considered obscure in the United States, but the sport is very huge in China—and surprisingly, Canada as well. This Chinese sport dates back more than 2,000 years but was first organized as a contemporary international sport in Hong Kong in 1976.

Since the Renaissance, Pallone col bracciale has been practiced throughout Northwestern Italy. The concept is pretty similar to tennis; however, the game is played over considerably greater distances. Players hit a hefty ball back and forth with spiked wooden gauntlets or clubs.

Sipà is a foot-based game in which players kick a ball constructed of a variety of materials. These could be anything from a bean bag, rubber bands, a rattan ball, a washer with a plastic pom-pom, or even a ball with feathers. It necessitates a high level of coordination as well as an excellent sense of balance. It also has a connection to Sepak Takraw and is very popular in the Philippines.

Developed during World War II to allow Australian and American troops in Australia to play the same sport, Austus was a hybrid version of football that combined aspects of both American Australian rules. To break it down, it was in fact more similar to Australian rules football, except that instead of kicking the ball, players may throw it forward like in American football, with goals having to be kicked within 20 meters of the goalposts.