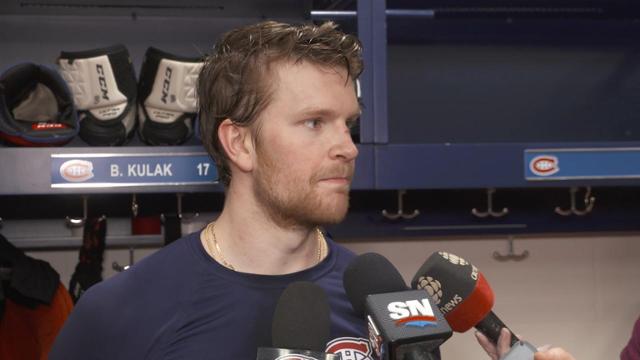 By his own consent, Kent Hughes wanted Brett Kulak to continue his services and keep him in Montreal for the next season.

Kent Hughes prefers to offer a contract extension rather than trading Brett Kulak.

But he said you never know what will happen.

And for his part, Kulak feels that he has been given more since the change of management and that he is no longer judged by the same criteria as before.

#Hubs Kulak said he feels he is benefiting from the company’s “fresh eyes”. In previous coaches and management, he believed that if he was on a good stretch and had a bad game, the set understanding of “Oh, that player is there” would come out.

Is this enough to keep the veteran defender in Montreal?

The Canadian could benefit from having a defender like Kulak in his lineup. He’s skating well, he’s good at throwing and he does not look crazy in his zone. It would be perfect with a low cost to fill the jersey during the upcoming rebuild.

But if a team offers a second-round pick for an experienced defenseman, Kent Hughes should drop him.

We agree, Kulak is a good defenseman and he has his place in the NHL roster, but he remains the third pair of defensemen. Sometimes, when the trade deadline comes, some teams stay away and are willing to give a lot more opportunity to specific players.

We saw it yesterday with Ben Chiarrot Trade, where the Panthers gave a lot to fill a crucial need.

Kulak Chiarot is not so good, we all agree with it. But he still has good value for the club he wants …