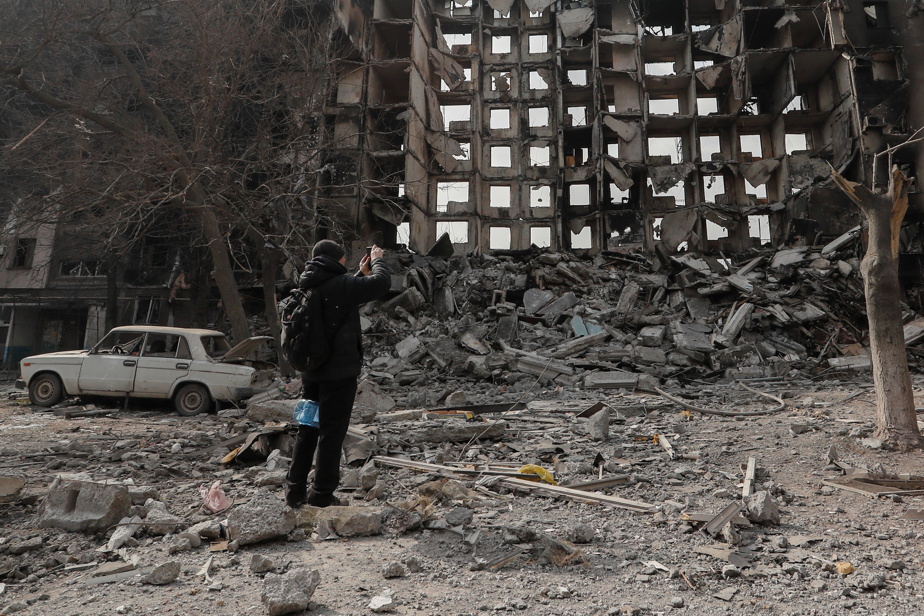 (Brussels) France, Turkey and Greece will launch a “humanitarian operation” in the next few days from the besieged city of Mariupol in southern Ukraine, French President Emmanuel announced on Friday.

“We, along with Turkey and Greece, are launching a humanitarian operation to evacuate all those who want to leave Mariupol,” he announced after the European summit in Brussels.

“I will have a new discussion with (Russian) President Vladimir Putin within 48 to 72 hours to resolve the details properly and secure the terms,” ​​Mr Macron said.

“I hope to engage as many stakeholders as possible in this operation,” the French president continued, assuring that “in a few days’ this move will be” made.

More than 2,000 civilians were killed in Mariupol, according to the latest report from Town Hall Communications. According to Ukrainian President Volodymyr Zhelensky, about 100,000 people are still trapped in this strategic port in the Sea of ​​Azov, which has been besieged by Russian forces.