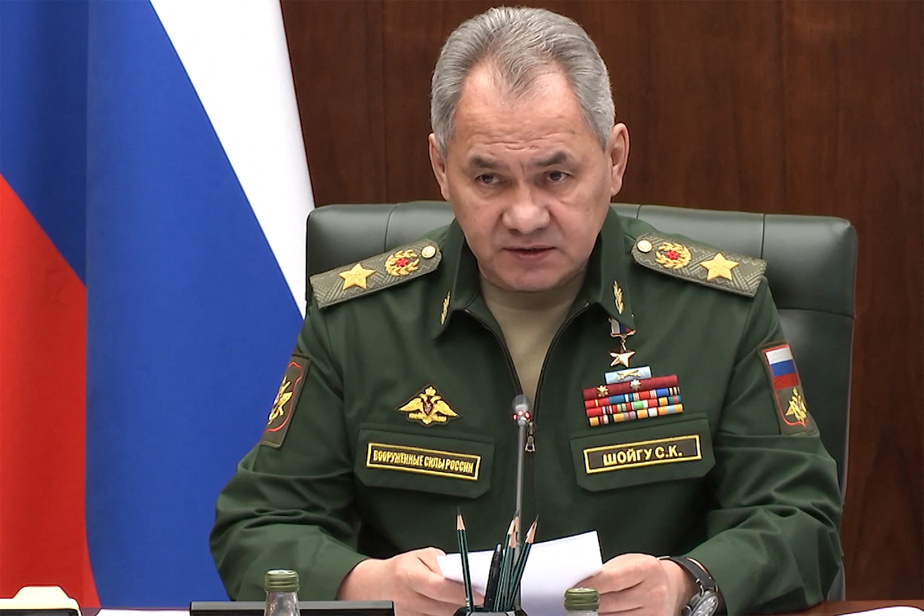 (Moscow) According to images released on Saturday by Russian Defense Minister Sergei Shoigu, he appeared in public for the first time in two weeks, after his absence raising questions about what the Kremlin was trying to wipe out.

The Ministry of Defense on Saturday released a video showing Mr Shoigu presiding over a meeting dedicated to Russia’s arms budget.

The films have no date, but the minister mentioned a meeting with the finance minister, which took place on Friday, March 25, Russian agencies say.

He reaffirmed that international orders imposed in response to Russia’s invasion of Ukraine and the supply of arms were “planned” despite the difficulties we face today.

On Thursday, the Kremlin reported a conversation between the minister and President Vladimir Putin during a report on the progress of a special military operation at a meeting of the Russian Security Council, sweeping up questions raised by a lengthy public absence. Mr. Shoigu in the middle of an armed struggle.

The Kremlin also dismissed speculation about the minister’s health.

“The defense minister has a lot to do right now […] This is not really the time for media activity, “said Kremlin spokesman Dmitry Peskov.

In a statement, the Defense Ministry said on Saturday that reports that “Sergei Shoigu had a heart attack and therefore failed to appear in public” were “clearly wrong”.

Sergei Shoigu is a familiar face on television screens in general. He and Vladimir Putin regularly travel to the Siberian taiga, drive all-terrain vehicles, drink tea or pick mushrooms.