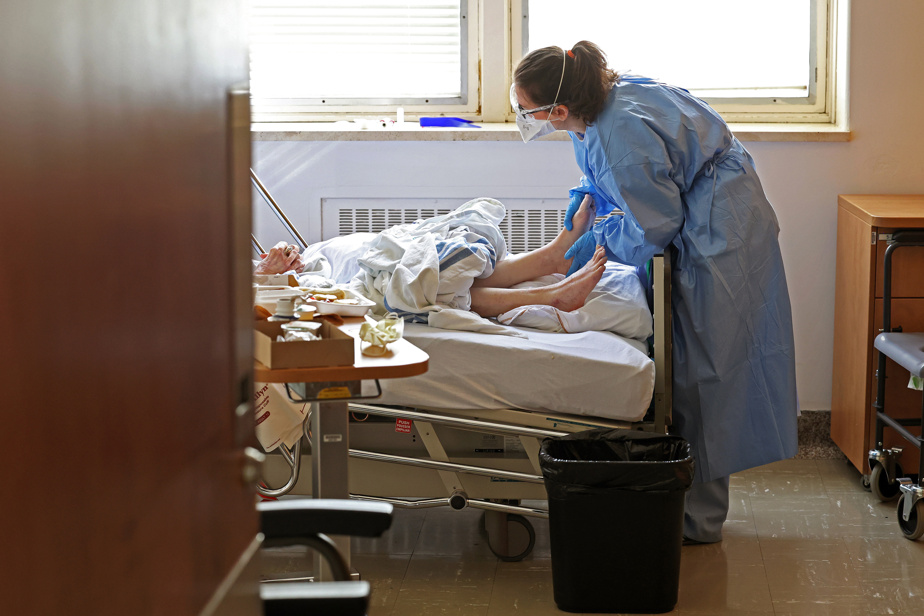 (Montreal) A dozen organizations and professional associations on Friday demanded that Quebec health professionals pass a law imposing restrictions on the number of patients.

Jerome Rousseau, vice-president of the Federation Interprofessional de la Sante du Quebec (FIQ), told a news conference in Montreal that “safe ratios must be the standard that applies everywhere.”

He encouraged companies and individuals to add their signatures to requests that are available online.

“There are significant problems in our health system, our staff are overworked and tired,” he explained. Patients, clients, nursing staff and caregivers are in serious trouble. ⁇

He gave the example of a nurse with 150 patients in his care and “must choose the care she should provide” as it is impossible to meet all her needs.

“Our healthcare professionals no longer have to prioritize the care of specific patients over others,” added Sonia Monsier, chairwoman for FIQ’s private sector unit.

She recalled that CHSLD residents needed more intensive care, but the resources available were not always in line with this new reality. In the aftermath of the genocide in these neighborhoods, she appealed, “the status quo no longer tolerates anyone.”

Kenja Rahmi, a spokeswoman for the Quebec Association of Nurses, argued that the shortage of health workers was not an excuse for not imposing ratios.

“It’s not a shortage problem, it’s retaining nursing staff,” she said, adding that poor conditions would create a vicious circle where more workers would leave the field.

Therefore, according to her, the ratios are “a central solution to improve the network’s ability to attract and retain nurses”.

“A lot of nurses are running away from ER because they don’t feel safe,” she gave as an example.

Mr Rousseau said poor working conditions could also lead to “a large number of disabilities in the health network” due to “occupational fatigue” or that employees “go too fast to injure themselves”.

Coalition members did not provide numbers regarding the safe patient-to-healthcare worker ratio, as it varies widely from case to case.

That is why the president of the Quebec Nurses’ Order, Luke Mathews, has called for the development of “tools for determining the severity of care for patients” and therefore the amount of work they can do. .

Claire Thibault, head of external communications at the Quebec Nursing Consultation and Influence Group, also stressed the importance of a “rigorous mechanism for adjusting ratios to clients’ needs”.

This article was co-sponsored by Meta Fellowships and The Canadian Press for News.