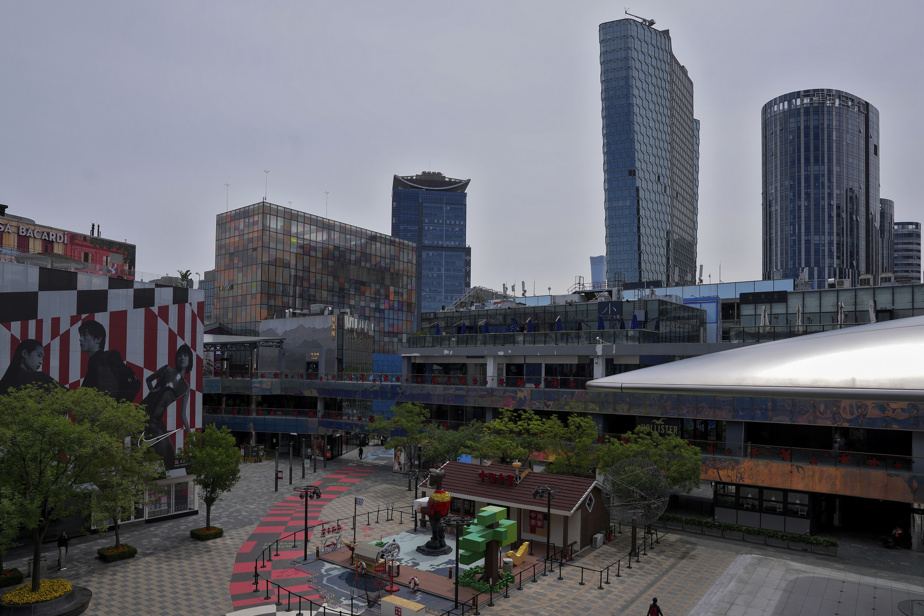 (Beijing) Millions of Beijing workers were working from home on Monday following a new round of anti-Kovid-19 scrolls that looked like a ghost town to the Chinese capital, with a population of 22 million.

China has been experiencing its worst epidemic wave for two months since its initial outbreak in early 2020.

After Shanghai, the most populous city in the country since early April, Beijing has been subject to travel restrictions for a week and many public places (restaurants, cafes, sports halls, gymnasiums, etc.) have been closed.

On Monday, authorities in the busiest and most populous city of Chaoyang in the capital strictly restricted access to unnecessary services, where some businesses had to limit their regular employees to 5%.

As a result, the Sanlitun commercial district in eastern Beijing was turned into a desert on Monday morning. The Apple Store, which is usually very crowded, was ordered to close within minutes of opening.

“I’m not comfortable with the very few people around me,” a cleaner named Wang told AFP, waiting for her to enter the restaurant where she works.

“I’m responsible for disinfection. I can not work from home”.

In the last 24 hours, 49 new cases were reported in Beijing.

Xu Heijian, a city official, told the press that the health situation in the capital was “serious and complicated” and called on residents not to leave Beijing except for compelling reasons.

Less than 48 hours of screening tests are required to enter public spaces, especially supermarkets, as well as office buildings.

On an anonymous basis, a finance employee told AFP that his company had asked him not to go home, to reduce the risk of infection in transit.

Elsewhere in Shanghai, the number of new pollutants dropped to less than 4,000 by Monday after crossing 25,000 by the end of April.

The current outbreak has killed more than 500 people in Shanghai, according to an official report. The total of China has not officially crossed 5,000 since the outbreak began.

Some residents show their agitation after 40 days of detention, sometimes marked by supply problems.

In the Zhuankiao district over the weekend, residents clashed with officers wearing full body suits, according to a video posted on social media.

“The police acted as soon as possible to persuade the onlookers to disperse and restore calm,” local officials said.

“According to an on-site investigation, the perpetrators had enough food at home,” the same source assured.

China’s Zero COVID-19 policy, which involves heavy and repeated lockdowns and screenings of populations, experts warn, could also be costly for the country’s economy.

According to the American Chamber of Commerce, many member companies in Shanghai have been shut down, questioning their investment in China due to some other restrictions.

House Speaker Colm Rafferty warned that the business world was “preparing for a massive expulsion of foreign talent.”