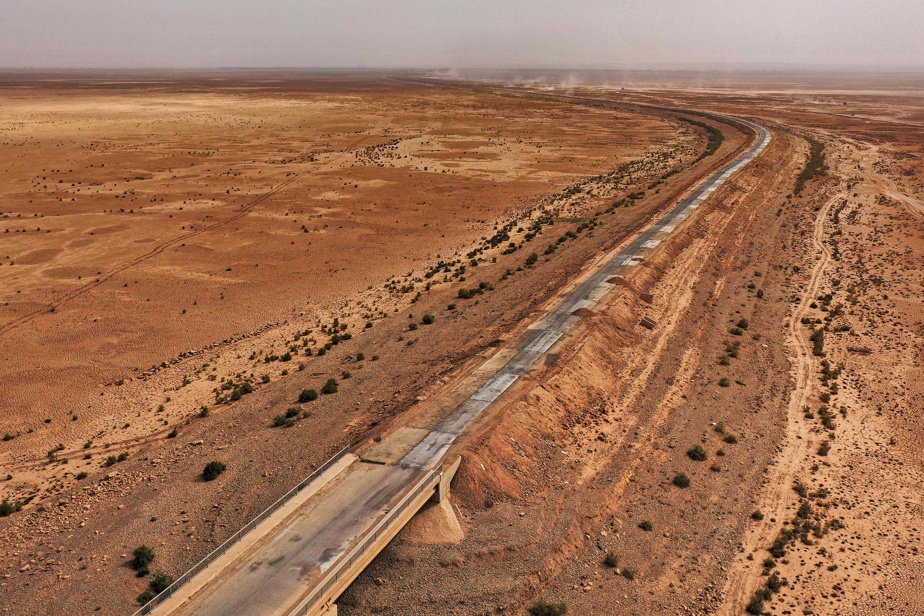 (Hamrine) A dam in central Iraq, known as Lake Hamrine, has almost dried up due to declining rainfall and reduced flow of water from neighboring Iran, a senior official said Friday.

The water document is crucial for Iraq, a semi-desert country with a population of 41 million. Baghdad has blamed its neighbors, especially Turkey and Iran, for reducing the flow of water into the country due to the construction of dams on rivers upstream.

There is a sharp drop in water levels: current reserves are 130 million cubic meters, with a normal capacity of two billion cubic meters, Aun Dhiab told AFP on Friday. , Senior Adviser to the Ministry of Water Resources, questioned about this. Hamrain Lake.

An AFP photographer at the site was able to see the cracked, dry land on Friday, as only a few puddles remained around the lake.

The lake, which serves as a reservoir for the dam of the same name in Diyala Province, is provided by the Sirwan River from Iran. On the Iraqi side, above the Hamrain, is the Darbandikhan Dam.

Mr Diyab assured that there were “many factors” behind the drying up. “Years of drought, reduced rainfall,” he said, referring to measures taken to divert rivers and build dams in neighboring Iran.

The official assured that this phenomenon has happened in the past as well. “In 2009 it completely dried up, leaving only one waterway,” he said.

He had an impact on Diyala, an agricultural area. “There are no other water sources in the province – sums coming into Hamrain Lake are being used,” he said.

READ  Russia | The suspension was examined by the World Tourism Organization

To replenish the lake, Mr Diyab hoped for “significant rains that will turn into a fertile year next year”. Authorities are regularly appealing to neighboring countries to increase water inflows into Iraq.

The World Bank (WB) estimates that without adequate policies, Iraq will have a 20% reduction in its freshwater resources by 2050.

In early May, the director of the Hamrain Dam, Chabane Ifane, promised that the Darbandikhan Dam would release some of its water to partially float the lake.