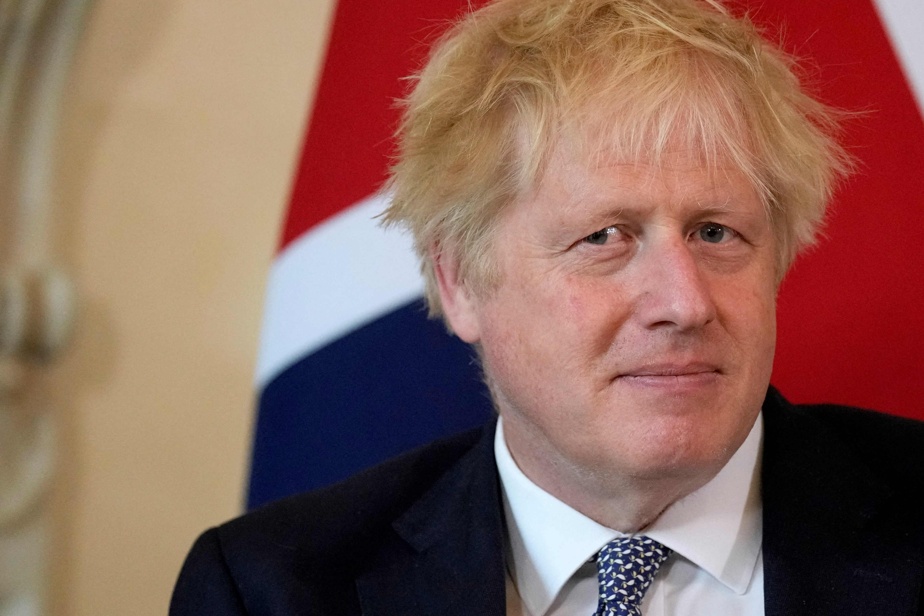 (London) Photos of British Prime Minister Boris Johnson sharing a drink on Downing Street in 2020 have sparked false accusations against him before the much-anticipated report on “Partygate” was published.

The photos, published by ITV News on Monday evening, were taken just days after the announcement of a second detention in England on November 13, 2020, during a farewell party for Communications head Lee Cain.

We see Boris Johnson holding up his glass and chatting with several people around a table, with several bottles of wine and food on it.

The so-called farewell drink “partygate” scandal is related to a police investigation similar to other festive events held in the authorities during the coronavirus epidemic.

When asked in Parliament about the November rally, Boris Johnson assured that he was sure that there was no party on that date and that the rules had not been violated.

He was fined by police for attending a surprise birthday party for his 56th birthday in Downing Street in June 2020, but was not allowed to have this parting drink, which revived criticism.

Deputy Labor leader Angela Rainer told ITV she was “surprised” that the Tory leader had not been fined for “not looking particularly workable” at the rally.

Boris Johnson was backed by Transport Minister Grant Shops on SkyNews. Describing the photos, Mr Shapps said Mr Johnson “came downstairs on his way out of the office, thanked the staff and felt like he had raised his glass and did not see it as a party”.

To these photos were added statements made by Downing Street employees to the BBC, on the anonymous situation, describing ordinary parties, according to which Boris Johnson’s implicit agreement. During the November 2020 Go-to Party, “there are about 30 people in a room, if not more. Everyone was standing side by side, some on their knees.

The police investigation has now been completed and a total of 126 fines have been issued in connection with the incidents that took place on eight different dates from May 20, 2020 to April 16, 2021.

However the publication of Senior Civil Servant Sue Gray’s report on “Partygate” is expected in the coming days and may provide details and photos of various events that will provide Grist‌ for the Critics’ Mill.

Daily Times A Downing Street spokesman denied on Tuesday that Boris Johnson had pressured Sue Gray not to publish the report.

A parliamentary inquiry will begin with the aim of determining whether Boris Johnson knowingly deceived MPs into the affair by repeatedly saying in the House of Commons that all rules are respected.